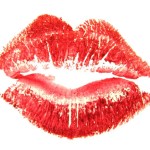 Orange is the New Black: You Also Have a Pizza review

by jamdog
Netflix It’s Valentine’s Day in Litchfield and the price of love is the theme. Pegleg is finding his relationshit with Daya particularly taxing. Aleida and the rest of the beaners blackmail him into smuggling in iPods, tablets and food processors in his prosthetic leg. Did he really think it would ever be any different? Sow the... Read More

It’s Valentine’s Day in Litchfield and the price of love is the theme. Pegleg is finding his relationshit with Daya particularly taxing. Aleida and the rest of the beaners blackmail him into smuggling in iPods, tablets and food processors in his prosthetic leg. Did he really think it would ever be any different? Sow the wind, reap the whirlwind John Boy.

Poosay flashback! She’s an army brat in Germany ears deep in some 10-to-2 Kraut snatch. Young, in love and bilingual – Poos has got it pretty sweet or süß as they say in Cologne. So naturally she has to go fuck herself in the eye socket by allowing the German sort’s military brass father to catch her human centipedeing his little girl. He doesn’t like it or er mag es nicht as they say in the mess tents of Bergen-Belsen. Cue: Poussey pops’ marching orders in the mail. Germany wins. Again.

World’s second shittiest journalist (after Maeve from Amber)  Larry visits and asks Piper to go undercover for him for the prison financial irregularities article he intends to steal from the City Post reporter. At first she demures then she YESures. And right enough when she starts asking questions people get squirrelly. She tells Healey she’s starting a prison newsletter and she knows just the place to start it. A prison. It’s a good cover for her investigative journalism and Healey, being an easily manipulated white knighting fraud,  seems somewhat OK with it.

Vee‘s master plan is still coming together wonderfully. Fat Tayst moves out of her beloved library gig to custodial duty leaving Poosay all alone. The method in Vee’s madness is clear when it’s revealed she is smuggling tobacco. Pousse confronts Vee about it, calling her a fucking vampire, a bully and tells her she has a head this big that’s all swollen and innocent.  All of which is true but if the sisters have tobacco then the Beaner Empire must surely crumble, kitchen or no.

In the other big power-play Red‘s idiot son is passing supplies through the storm drain. The sweet contraband she brings in is very welcome for the girls and her status rises from shitbird to Big Bird in an instant. Her old girls are holding out on forgiveness – particularly barbecued Gina – but they’ll come around. No such thing as neutrality in a race war and for all her flaws Red’s a general.

Out in the real world Larry plants a snog on a not entirely reciprocating Polly. It would lead to an awkward silence if husbland didn’t roll up dragging them out for a romantic night for the three of them. Happy Valentine’s!

The verdict: What’s sauce for the Pous.