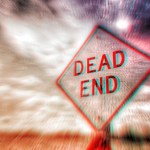 by jamdog
BBC1 Wait, what’s this? Châlons Du Bois 2009? A new timeline altogether. The rupture in the space-time continuum has been caused by some dopey local kid called Alex Du Champs who’s got himself abducted after winning a football tournament. Some “winner” he turned out to be. Once they hear about Alex the Hughes hurtle off... Read More

Wait, what’s this? Châlons Du Bois 2009? A new timeline altogether. The rupture in the space-time continuum has been caused by some dopey local kid called Alex Du Champs who’s got himself abducted after winning a football tournament. Some “winner” he turned out to be. Once they hear about Alex the Hughes hurtle off to the frog fuckpit, Emily still hoping to see her son again, Pony still hoping to gain revenge for his shitty drawing. So it’s back to L’Hotel Kiddiepornia for more misery, failure and nonce beating.

“You will always have a home here” Sylvie tells them. “You’re never leaving. You can check out any time you like though. Breakfast finishes at 10.”

Laurence is in charge of the police investigation now with Baptiste limping around like a little bitch beekeeping pretending that the new case isn’t interesting him. He’s a lying liar lying of course. The Hughes run into the Du Champs and the scene as they share each other’s pain is heartbreaking.

“I’ll give him Daddy Big Ears when I get hold of him” says Pony as the Du Champs look on blankly.

The strain has told over the years. Emily has had some kind of breakdown and knocks back 100+ mental pills a-day for her shit brain and Pony is drinking like a Geldof on a particularly hectic premiere schedule. She’s bawling about wanting a divorce but they’d probably be together today if Tony had listened to a conciliatory phone message she left. Tony never heard from Emily because Suri, like the tabloid piece of shit he is, was busy phone hacking his voicemail and deleting Emily’s message. On the plus side Suri did find out what Pony did to Tony Garrett so it’s not all bad. And the misunderstanding paves the way for Mark to run an Olympic standard cockblock on the Hughes and hook up with Emily creating the 2014 timeline we are so familiar with.

Oh and that Du Champs kid was being kept in a shoebox by his biological father. Turns out they’re not really like the Hughes after all.

It’s back to the future though for Pony and Emily who in 2014 visit Ziane in jail with Baptiste. Baptiste’s leg is fucked up and his shit’s all retarded but he’s not bitter or anything. He will be calling Ziane Monsieur Chamartaine for the course of this visit though just to dig him out. Ziane agrees to give up the missing piece of evidence but only if they bring his shitty son Anouar to see him.

You’d think that wouldn’t be a problem but when they collar him at university Anouar’s a real little bitch about it just because Ziane supposedly beat his mother to death for fucking someone else. He eventually agrees but God what a drama queen. In the end Ziane gets stabbed in the gym for being a rat before he can visit. He’ll be doing his wife killing from an unmarked prison grave from now on.

Anouar’s a real little bitch about it just because Ziane supposedly beat his mammy to death for fucking someone else.

We should check in on people’s pederast Vincent the Good Paedo, who’s back at his McJob after his deknackering. Everything is going great – three whole days without fucking a kid. It’s too bad when he pukes over a table of sex as they tuck into their chicken nuggets.

“You’ve been looking like shit for days. Sort it out” his boss tells him.

The doctor says he should start to reduce the dose of his anti-boner medication and Vincent’s nervous about that. Probably not as nervous as local children but the doc insists. Might be an idea to alert nearby play areas.

In news that surprises no one Emily calls off the wedding to Mark. She admits to Tony it was a shit family she was marrying into anyway.

“That son? The one with the broken ankle? Fuck that guy, basically. Little crippled cocksucker.”

She then has Tony in stitches as she proceeds to imitate him in a grotesque hopalong style. Just at that moment Baptiste limps in. It’s pretty awkward. That doesn’t stop them laughing though.

Tony confesses to Emily about killing Garrett on purpose. “I was a bit pissed at the time like you know?” The admission turns her on so much she makes out with him but he immediately and brutally friendzones her. It’s Mark who’s been listening to her shit all these years, he reasons, and besides Pony’s ears deep in local artist pussy and can do without his weird mental ex throwing him off his game. Let a player play, Em.

Tony says he knows what “thing” it is and, furthermore, he knows whose “blood” it is. And it’s with that little tease ringing in our ears that we will enter the finale. Will Daddy Big Ears finally get justice? You just know that it’s going to be brutal.

The verdict: Always the last place you look.

The Fall series 2 episode 5 review | His only crime: loyalty.
Previous Post
The Missing BBC1 episode 8 review | Having a mayor