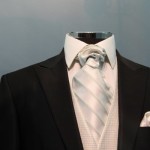 Orange is the New Black: Low Self Esteem City review

by jamdog
Netflix There’s nothing like raw sewage pouring through the plug to ruin your shower time and that’s exactly what happens in Spanish Harlem and the response from the Spaniels is best described as lukewarm. The subsequent sharing of the sisters’ bathroom leads to some classic banter between the two groups. Practical jokes are exchanged. Unkind... Read More

There’s nothing like raw sewage pouring through the plug to ruin your shower time and that’s exactly what happens in Spanish Harlem and the response from the Spaniels is best described as lukewarm. The subsequent sharing of the sisters’ bathroom leads to some classic banter between the two groups. Practical jokes are exchanged. Unkind ethnic slurs are hurled. This is prison where race is never a social construct.

Mendoza flashback! She works in a shitbox cornershop with her sister Lourdes who’s some kind of pagan Brujeria savage. It doesn’t cover the rent but she piles up money on the side from a food stamp scam. Her man Arturo socks her in the jaw on the regular for getting salty like his name was Arturo Gatti and we all know how that one worked out.  She’s not the sharpest tool in the shitbox and she only leaves him when he twats one of her sons who admittedly probably had it coming.

A disappointed patron quite correctly rats her out to 5-0 for a shitty magic candle she sold. From now on she’ll be doing her benefit fraud from behind the bars of Litchfield Correctional Facility. In a cruel twist of irony one of the rare candles in her shop that actually does function sets light to a locked room containing Arturo. Today’s special is flame grilled wifebeater. Fuck you, you beaner beater beta.

The bang off between Nicky and The Tub continues apace. The Tub scrapes the barrel with 10-to-2 hoodrats while Nicky targets high-end pussy like Fischer the not unattractive guard. It doesn’t go well when Correctional Officer Fischer tells her to go fuck herself and not in the sexy way. Also struggling with the ladies is Healy, having issues with his  nausey Russian broad like we’re supposed to give a shit. “My friends are your friends” he tells her. “You don’t have any friends, Sam” she sasses back like the filthy Brezhnev worshipping communist she is.

Bitch is right though. To remedy this he tries to make friends with Caputo when he runs into him pulling a Ron Swanson Duke Silver in a bar. They talk music, Figueroa and the trials of working in the can. Caputo is a somewhat socially adjusted human so he obviously wants nothing to do with the maladjusted Healy outside of work. The night does inspire Healy to grant a furlough to Piper to visit her granny who badly sprains her vagina during a fall. Music bringing people together again.

In  what seems likely to be a decisive move in the ongoing race war Vee tricks Mendoza into getting Taystee and Watson transferred to custodial duty. It’s not yet apparent what she’s up to but it’s clear that Vee’s playing the long game and Mendoza is playing the dong game. Jesus Christ she’s thick. Arturo’s attempts to beat some sense into her were a big fucking waste of time.

The verdict: It seems to me you lived your life like a candle in the wind: not very bright and easily extinguished.