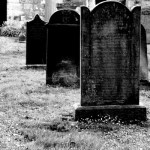 by jamdog
BBC1 It’s been a long turbulent ride but at last we are back in Châlons Du Bois to finally discover – wait, what’s this? We are transported to urban Russia? Children play in the snow as a bumbling douche in a parka approaches. The children scatter. The douche leaves. So far, so Russian. But take... Read More

It’s been a long turbulent ride but at last we are back in Châlons Du Bois to finally discover – wait, what’s this? We are transported to urban Russia? Children play in the snow as a bumbling douche in a parka approaches. The children scatter. The douche leaves. So far, so Russian. But take a look at what’s sketched in frost inside the windows of his car. Daddy Big Ears, an original Oliver Hughes sketch from 2006 during what art historians are calling his abduction period. Bloody hell.

In merry old Londung Town, Vincent the Good Paedo has enrolled in a 12 step Anti–Baby Rape Group at St Jimmy Savile C of E Church in Islington. The incel nonces sit around in a circle and whine like little bitches about how they can’t put their cocks in children any more. It’s all a bit much for Vincent who GTFO declaring that neither Jesus nor science can save him. It’s a fair assessment.

“I did trust you” Tony responds “You slept with my wife.” Zing. He’s got you there, Mark.

When Sylvie GTFO they all pile in to the blowtel to count up Hotel L’Eden proprietor Alain’s sobriety coins and right enough number 12 is missing. The exact same coin Suri has been hanging on to all these years. They buttonhole him in the cancer ward and he cries like a little bitch. He’ll tell them what happened to Ollie.

It turns out that on the day of Oliver’s disappearance Alain used his dropped yellow scarf as an excuse to GTFO away from the missus and to the pub to say au revoir to sobriety for a night. He necked a litre of whiskey before tearing home in his motor pissed as a cunt and arrived back in Châlons Du Bois just as Oliver was standing in the middle of the road like a dopey little bollocks staring at a fox. And we all know what happens when kid meets bumper.

Equally, we all know what happens when the French meet adversity – they cave instantly and shamefully and Alain is absolutely no exception. He sticks Dead Ollie in the boot of his car and gets his brother Mayor Georges to help dig him out of his hole. Georges tells him to dump the car in the house of some broad he used to bang then calls in a favour from one of his Romanian criminal contacts. Just a small matter of getting rid of a body. No biggie.

And yet when the Romanian arrives in the cellar back from the dead Ollie has GTFO upstairs. Understandably miffed our Eastern European friend nabs him and drags him back down to the cellar where he belongs. He kills him of course because at the end of the day he is a gobby little shit and who needs that aggravation? Pony is distraught that he will not be able to mete out his own justice for the Daddy Big Ears slur. Tony says goodbye to Baptiste as Emily travels back with Shit Mark back to her future shitty wedding, shitty stepson and future shitty life.

While we’re tying up loose ends we should probably drop in on Vincent the Good Paedo goes home to browse some of the many exciting opportunities for child abuse in the English capital. He eats his breakfast as two young scallies play outside.

“Christ, English children are ugly” he writes before committing suicide like a little bitch. Oh well. I’d say was good knowing you Vincent but we both know that would be a big fucking lie.

And while Baptiste may have a gimp leg and a shit wife he’s still got moves. He approaches a shitbox shed in the woods with his men. A shot rings out. It’s Georges shooting game. The pheasant that drops from the sky at his feet has seen better days but still looks healthier than Georges. He eats the shotgun and pulls the trigger like a little bitch. Unless things take a dramatic turn Châlons Du Bois will be looking for a new mayor in 2015.

So then it’s the briefest of fast forwards to Mark and Emily’s wedding. Pony is in attendance with that French artist he’s been putting his cock in and he couldn’t be happier for them. Emily gives the world’s shittest speech over a montage of the main characters squatting on graves, putting their lives back together and generally being a real collective pain in the arse. She’s drunk so much wine she hallucinates Ollie who is bored shitless by the whole fucking thing. It’s OK though. She’s found the strength to move on.

But Pony is not for moving . He will not forget. We see that the douche in Russia is Pony still searching for Oliver. He bangs on the door of apartment 108.

A boy in his early teens answers. Its Ollie! At least that’s what Pony thinks.

He hands him the Daddy Big Ears drawing.

“Remember this, you little bastard?”

Just then the police arrive responding to calls about a drunken bearded Irishman in a parka harassing kids all over Moscow. He is dragged away shouting “Ollie! Oy, oy, oy!” and just looks a complete mental. And yet the kid stares at the drawing of Daddy Big Ears with something different in his eyes – the faintest glimmer of recognition? The knowledge that he hasn’t got away with this disgusting hate crime against his biological father?

There’s every chance we’ll find out as right after the credits it’s announced there’s a series two. Hurrah!

The verdict: Nice day for a shite wedding.