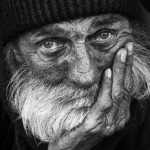 Chances are you haven’t heard of Louis C.K. (born Louis Szekely 42 years ago in D.C. of Mick, Mexican, Hebrew, Hungarian stock) but he is currently the best stand-up comedian on the planet.  You won’t see him on Mock the Weak making Heather Mills and Madeleine McCann jokes but you can bet that everyone appearing there will know him.  He’s a comedian’s comedian, revered by his peers yet able to walk down any street unmolested.  Louie is a portrayal of his New York life as he enters middle age out of condition, out of sorts and out for blood. That’s how they do on the East Coast.

Divorced from his wife and raising his two daughters, Louie lives the unenvied life of the miserablist 42-year-old New Yorker – too fat to fuck, too fucked to care.  Dating as a past-his-prime balding ginger schlub proves taxing – disaster follows disaster.  In an inspired set piece, his date is so repulsed when he tries to kiss her she sprints into a waiting helicopter that rises and arcs off into the mesosphere.  He watches blankly like he half expected it – the hangdog resignation of the thrice bitten.

“Footage of his stand-up frames the action and establishes the theme. He’s a brave and pitiless performer live – honest and cruel like stand-up should be.”

It’s not like he never gets laid though.  A scorching but dead-eyed groupie with a thing for older men picks him up after a show.  As she rides him silly she demands vocal illustrations of exactly how old he is “I’m 42” he offers. “That’s so old!” “I had a vein removed from my leg last year” “YES!!” “I remember smoking on airplanes!” “NYAAAARGGGH!!” No lasting happiness for Louie though.  It’s a pump-and-dump – the young floozy going back to her young attractive borefriend she clearly isn’t attracted to.  It’s illicit sex where no one learns anything and no one wins – just like real life but twice as bleak.

Much of Louie is watching everyday situations degenerate to the absurd and this is nominally Curb Your Enthusiasm territory (note to world: Larry David did not invent this particular trope) but it’s very much its own show. Curb would never have the celebrated scene where Louie and his comedy buddies sit around at their weekly poker game exchanging vicious banter before getting into a serious discussion about homophobia in comedy with gay comic Rick Crom. It’s awkward but brilliant. Footage of his stand-up frames the action and establishes the theme.  He’s a brave and pitiless performer live – honest and cruel like stand-up should be.

It’s a strange old show, a little disturbing now and again but very much worth it to watch one of the best comic talents around do his thing.  Television has been struggling for a while to figure out exactly what to do with Louis C.K. and this is a very smart rendering of his onstage persona which seems as close to the real Louis Szekely as makes no difference.  It got taken up for another 13 episode season this week. FX just made an old man very happy but don’t fret – he’ll be miserable as shit by the time season two starts filming.

The verdict on Louie: American Gothic.