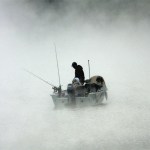 by jamdog
BBC1 In 2006 Tony and Emily pay a visit to Georges Deloix and beg him to do something about the menace of Ian Garrett and his shitty made up stories about his dad on his deathbed. They makes a compelling case but as Deloix is part of the extensive Châlons Du Bois kiddie fiddling network... Read More

In 2006 Tony and Emily pay a visit to Georges Deloix and beg him to do something about the menace of Ian Garrett and his shitty made up stories about his dad on his deathbed. They makes a compelling case but as Deloix is part of the extensive Châlons Du Bois kiddie fiddling network he stonewalls them like a pro and gently bids them GTFO.

Tony is so frustrated he does what he always does in times of stress: goes and takes it out on a nonce. Happily, Vincent the Good Paedo keeps his regular Thursday afternoon date dressed in Captain Birdseye cosplay waders fishing for children at the local pond. Vincent waves hello to Tony as he approaches but he’s really not in the mood for pleasantries. He immediately drops him with a straight right.

“You know, when you say it out loud like that it sounds bad” says Vincent weakly.

They say forewarned is forearmed and that particularly applies to the international brotherhood of child rapists and Vincent gives Garrett the heads-up that the angry Mick now knows the score.

“Don’t hurt me mam!” he wails at the fat old Jock. Sounds like some kind of paedo code.

In any event Garrett invites Pony to watch the World Cup final in the pub. It’s exactly what he needs to take his mind off his errant son mocking him from wherever he’s hiding out. Tony challenges him.

“I know what you are Garrett. I know your wee secret”.

“You’re out of your depth, sunshine” comes the response.

“Oh yeah?” says Tony “Well let’s hear what the police have to say about that. Here they come to arrest you. What’s that? Silence! Not so clever now eh?”

And then the cops arrest Tony for bashing Vincent. Paedos 1-0 Parents.

And she is fine too if you ignore the gaping wound in her throat where her brother’s friend has just slashed her.

“I have ze number of a good scarf shop” he tells Rini she bleeds out.

“Cos-mic” she says as slips into a coma. Fucking Baptiste.

Martin later tells Baptiste that the information about Oliver was bullshit intell to smoke out the rat in the group. Ah. That would explain it.

Back at the police station George gets some cell time with Pony because in French culture property developing Scottish paedophiles are considered sacred and can go pretty much where they want. He has another parable for Tony to ponder. It’s the story of his boyhood pet Snowy the Mongrel. Snowy it seems was big but timid. A thunderstorm made him sad and angry and he bit the shit out of a neighbour. So they put him down like a little bitch. So in a way Snowy is a bit like you, Pony. You understand?

Tony mainly understands that the quality of Garrett’s anecdotes is rapidly falling off and it didn’t start too frigging high to begin with. Fucking Garrett.

At Tony’s behest Emily goes to see Mrs Garrett to tell her that her husbland’s a baby rapist but she gets shown the door pretty sharpish. Emily can tell that the wife’s a wrong ‘un all right and tells her as much.

So when Plod finally release Pony it’s not surprising that his first act is to drive out to the little shitbox château du paedo he keeps in Audresselles. He wanders out to Garrett’s boat moored by the jetty and has a shufti inside. All the usual sailing essentials are there – marlinspike, seasickness medication, personal flotation devices, first aid box filled to the brim with child abuse material. That last item gives Tony some concern and when Garrett pops his head around he’s rather keen to raise it.

“She wasn’t even all that hot” he sobs through hot angry tears.

But he insists that he never took Oliver. He does have another story to tell however. His granddad used to put his cock in him every night. It’s probably the shittest Garrett story but fortunately it’s the last one he’ll ever tell. Pony bashes his head right the fuck in. Don’t want to be a dick or nothing but he looks kind of dead. Fucking Pony, man.

But wait, fast forward to 2014 and who’s that on a little shitbox boat in the Indian Ocean? Good lord it’s Mister and Mrs Garrett and they’re being waited on by a cabin slave. Ian’s recovered well from his fatal beating. It just goes to show you that time heals all wounds even the ones that it factually can’t.

Baptiste decides that it’s time for Rini to meet up with her brother again. Because it went so effing well last time. She asks him for Karl Sieg’s whereabouts so she can blackmail him about his connection to Oliver Hughes’s disappearance. After wavering for a time she agrees.

Things are looking up for Pony in that department though. He meets street artist holer Monique and totally bones her. She paints a lot of children alright. Is anybody here not fucking kids?

Rini comes through like a trooper in the meeting with her brother, holding him at knifepoint and getting Karl Sieg’s location out of him. The old fucker’s in Brussels. It’s a big celebration for everyone.

But what of Vincent the Good Paedo? He goes to see Mrs Garrett in a mental Oxfordshire nursing home, her marbles long since spilled and flushed down the toilet. The Indian Ocean was a big hallucination! The cabin slave was a psychiatric orderly and Ian is still dead like a cunt. I think that means we can rule out a comeback for Molly anytime soon. Fucking Mrs Garrett.

The verdict: Don’t boat me on that.