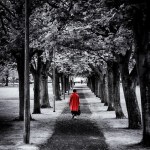 by jamdog
BBC One After his vicious killing of an innocent pensioner Daddy Big Ears has a quick cleanup of the boat and goes for night-time Dexter body dump in his underpants. He plops Garrett’s weighed down body into the sea and he sinks just like a little bitch. He’ll be doing his child molesting from the... Read More

After his vicious killing of an innocent pensioner Daddy Big Ears has a quick cleanup of the boat and goes for night-time Dexter body dump in his underpants. He plops Garrett’s weighed down body into the sea and he sinks just like a little bitch. He’ll be doing his child molesting from the bottom of the ocean from now on. Tony swims back to shore and sticks a shitty bloody T-shirt of his in wet concrete at Garrett’s development. We won’t be seeing that again in a hurry! In a hilarious woddyeloike development it turns out Ian didn’t kill Oliver – the security guard at his firm gives him a rock solid alibi. Ah well.

It’s not long before les coppers find Garrett’s boat and start snooping around his nearby renovation. Baptiste notices the kink in the concrete. He’s sharp – Pony could be in the shit. But when plod come a-calling Emily backs up Tony’s bullshit alibi. It’s quick thinking from her but she looks squirrelly. Pony admits killing Garrett by accident.

“It was just banter I swear!” he protests but Emily is not impressed. Revenge killing is something they should do as a couple. She’s got you there, Pony.

Emily is not impressed. Revenge killing is something they should do as a couple.

Over in the Ziane-Suri turd joust we learn that the murder in Morocco that Suri has over Ziane was an unsolved case his father looked into. Ziane’s been frozen out of the Oliver Hughes case by Baptiste but he has one last mysterious piece of evidence for him, picked up from outside the house where Oliver was held. He’s such a tease.

Meanwhile in the world of bad parenting Emily goes for a run across a bridge chasing an imaginary Oli. Unsurprisingly he can’t wait to get away from her. He just needs some space. About eight years should do it? Emily contemplates lobbing herself off the bridge. It’d be a great spot to do it but Mark arrives and talks her out of it. And grabs a handful of tit while he’s at it. Ill wind and all that.

In a not dissimilar vein that deadbeat dad Baptiste visits his junkie daughter in hospital.

“Her kidneys are swollen up and her shit’s all retarded” doctors tell him. She’ll be dead like a cunt in no time. She tells him to move her gear. She’s holding it for someone and she’ll be fucked if she’s not on time.

And that evidence Ziane bagged? Suri refuses to give it back. Instead it is handed to Baptiste. Ziane’s one desperate shitbird and he frantically seizes his last chance. As Baptiste approaches his vehicle he leaps on him and slams the car door on his leg 49 times in a row. It does a great job of fucking up his leg but when Tony apprehends and unmasks him it’s all for naught. Ziane really isn’t very bright.

But it’s goodbye to Châlons Du Bois for Tony and Emily too who finally realise that during shuttle runs across bridges and killing sex offenders isn’t the life for them. They GTFO back to England as Oliver stands and watches.

“Thank fuck those two turds finally got flushed. Right. Now to get me some of that sweet French pussy”.

“Hey girl!” he shouts at a passing mademoiselle while grabbing his crotch “You like chocolate? I got some Toblerone for you right here!”  Fucking hell, Oliver.

In the present-day timeline it’s off to Brussels and the hunt for Karl Sieg. He’s running a shitbox bar under the name Pepé Le Pew. He can help them out, sure, he tells them. €15,000 for an Aston Martin should do the trick. Pony hits up Emily for the cash and to sweeten the deal he sends her the video of Oli. She watches it and collapses laughing. Tony cracks her up sometimes. She wants to take the money out of the bullshit wedding fund and who could blame her? Apart from Mark, obviously.

The meeting with Sieg when it comes is tense. He tucks into several platefuls of food as they watch angrily.

“Fucking great oysters here, son!” he enthuses but they really just want to get on with it.

It seems that Sieg cleaned up the cellar where Oliver was held. A man in a mask answered the door to him and there was blood in the basement. It’s pretty useless intell but he does reveal that Ziane pocketed some evidence in the street before he could clean it up. He also relates leaving the drawing of Daddy Big Ears on the wall. It’s just another reminder of the insult for Pony who has to be physically restrained from beating him unconscious with a gravy boat.

Now that the embargo is lifted on Garrett’s property in Audresselles the police can search away. Baptiste finds Tony’s shitty T-shirt and confronts him over the horrifying find.

“Come on, Pony – Mark One? You can do better than that.” he says “Also: killing paedos without your wife? Not cool.”

He hands Tony the T-shirt back and tells him to do better next time. Well done to the limping frog for doing him a solid. Too bad he can’t sort out his own daughter and her shit kidneys. Fucking Baptiste.

The verdict: To kill a cocking turd. ¹