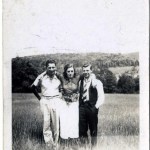 by jamdog
BBC2 Now that Arthur‘s been down in the capital for a few months it’s time for Alfie to explain to him the origins of the Jewish festival Passover. “Well see me old mucker – Moses was one of your own. Not like your Pharaoh oppressing and enslaving and whatnot. Moody cunt. So your old Yahweh... Read More

Now that Arthur‘s been down in the capital for a few months it’s time for Alfie to explain to him the origins of the Jewish festival Passover. “Well see me old mucker – Moses was one of your own. Not like your Pharaoh oppressing and enslaving and whatnot. Moody cunt. So your old Yahweh killed all of your Egyptians’ firstborns. You understand, me old china?”

“I don’t” admits Arthur “But my infinite stupidity coupled with my pathetic need for a father figure has allowed me to let my guard down and see this monologuing faggotry as a friendly chat rather than the Very Bad Thing it clearly is.”

“You not wrong there, pal” says Alfie and with that Billy Kitchen the Dingle gets a bullet in the head.

“Oh yeah by the way. That Jesus geezer?” whispers Alfie “We done him too”

“Oh yeah by the way. That Jesus geezer?” whispers Alfie “We done him too”

So after clubbing him unconscious he and Sabini frame Arthur for the Dingle’s murder with the help of some friendly coppers. The Constabulary are busy in Birmingham too running up in Polly‘s crib and arresting Michael for pub arson – the worst kind of arson. Polly doesn’t take it well. When does she take anything well? Everything is falling apart and all anyone wants to know is where’s Tommoi?

As it turns out he’s running up May Fitz-Nicely‘s skirts but when he hears about the mayhem at home he’s back up the M1 faster than the girlfriend of Oscar Pistorius says “it’s only me, Stumpy” after shutting the toilet door. An angry confrontation with Campballs follows. He admits that he is behind Michael’s arrest. It is all to assure Tommoi’s focus on the upcoming assassination. A bit of overkill there. You don’t think text alerts could have done the trick?

Ah but then Campballs wouldn’t be alone in a room with Polly, watching her beg for clemency for her boy. As luck would have it Campbell has a release form for Michael on his desk and all he has to do is sign it. But there’s a catch. The pricetag is Polly’s 48-year-old foof. Ruh-roh!

He selling himself a bit short there. Let’s be honest at its absolute prime Polly’s quim would fetch tuppence tops and he’s perverting the course of justice here. Anyway he gets a quick ride for his trouble and pops her one in the jaw – not for any sexual reason, just because Polly is very annoying.

As Michael is released he tells Polly that the prison officers all had a big laugh at her giving up the nappy dugout for his freedom. He’s not happy about that and nor is she. I bet Campballs isn’t too chuffed either. It’s a shitty deal all round.

It all makes you wonder what Campballs would give up to bang Secret Agent Grace who pays a visit to Tommoi. It’s a tense reconciliation between the pair but after 19 shots of whiskey and reminiscing about all the Irishmen they’ve killed between them they start to loosen up. Tommoi takes her to meet Charlie Chaplin who he knows through the secret underground gypsy network that has been running Hollywood for decades. Grace melts in the face of all the glamour. She’s in the bag. And Tommy can’t wait to phone and tell Campballs.

“I’m totally about to bang Grace” he says “What do you think about that you crippled scenery chewing Prod?”

And he totally bangs her. In the nuddy and everything – she even takes her bra off. She’s a decent enough ride right enough but her postcoital pillow talk needs some work.

“I’m having me giblets seen to.” she tells him “Or whatever the 1920s equivalent of IVF is.”

It certainly looks that way. There will soon be another addition to the Shelby clan which is exactly what the world needs.

But before all that is the assassination of Field Marshal Russell which Tommoi now informs Campballs will happen at the Derby. What with that, preparing Grace’s Secret for the big race and taking over Sabini’s bookmakers it looks like being a busy day.

The verdict: Because if I was in your blood then you wouldn’t be so ugly.