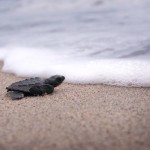 by jamdog
ITV Alec is dreaming about drowning, coughing and crying like a little bitch. I expect he’ll be dead soon. Stupid shit dead Alec. He phones his doc to tell them about his condition worsening. I give him a week. Right in the middle of his crisis, Olly walks in and asks him penetrating questions about... Read More

Alec is dreaming about drowning, coughing and crying like a little bitch. I expect he’ll be dead soon. Stupid shit dead Alec. He phones his doc to tell them about his condition worsening. I give him a week. Right in the middle of his crisis, Olly walks in and asks him penetrating questions about Lee Ashworth. If there’s one thing consistent in the turbulent world of Broadchurch it’s that no one is ever pleased to see Olly, least of all Olly himself each time he looks in the mirror and sees the weird unctuous manchild staring back at him. Alec shoos him off and gets back to his drowning dreams.

Over in Casa Latimer, Mark is still determined to be a less shit dad and raise a proper child this time. He rolls baby Lindsay out at dawn to see the sunrise.

“Fucking Sitting Bull over here,” she responds “Get me the fuck back home so I can have a go on your wife’s tits.”

He’s actually spending time with the baby and experts put the chances of him not getting this one killed as high as 50%. He tells Beth he’ll even take paternity leave, not like he did with Chloe and Dan. Shit Chloe and Dan. They’re so shit. Later he friendzones Tom to spend more time with the baby. Tom is sad about that but should be grateful that he got out before the hugging games began.

Jocelyn, remarkably well recovered from her stockcar smash-up, rides her junior brief Ben over Smellie visiting Alec’s hotel room. Why didn’t she know? It would have been some good fap material and also would have helped in court. That’s as maybe but the portrayal of courtroom proceedings bears as much relation to reality as an explanation by Oscar Pistorius as to why there’s another dead blonde on the bog in his gaffe.

As Smellie arrives for another fun day at court, Lee approaches her in the car park. He attempts to bond with her over their shared run-ins with the law. He tells her that Alec put his cock in his missus but we know perfectly well that if Alec gets so much as a semi his heart explodes so that’s a big pile of old shit.

In court, Lucy testifies about the man she saw putting the bag in the bin. Like the dumb yokel she is she wildly overstates the case saying confidently it was definitely Joe. Sharon gives a going over under cross, pointing out that she waited  until today to mention her certainty. Like many thick liars with no shame though Lucy sticks to her guns.

Not to be outdone in the unstable woman stakes, Jocelyn throws a last-minute witness into the mix – a woman who worked with Joe for two years in his paramedic days. She tells the court about a car park rage incident where Joe put his shoe on a fellow motorist putting him in hospital with a few broken ribs. Around the public gallery expressions of mild interest abound.  The prosecution case rests.

Jocelyn finished strong so Sharon and Abby will have to raise their game. They put Joe through his paces in a dry run of cross-examination. He goes a whole 30 seconds without confessing to the murder – a personal best. Despite this good performance, Sharon decides to go with character witnesses instead because there are so many people in Broadchurch queueing up to say what a swell guy he was.

With homelife hectic for the pair of them, Alec opts to take Smellie away on a romantic weekend to Sandbrook. He fondly reminisces on the time he dragged Pippa Gillespie’s stinky corpse out of the river, almost drowning himself in the process. They are forced to share a bed together, which isn’t much fun for either of them. Alec’s are now haunted by a 48-year-old 3/10 trying to ride him and putting in inexplicably shoddy police work. What could it all mean?

The pair are determined to balls up Sandbrook one more time for posterity and they quickly get to work. Smellie illegally enters Lee and Claire’s old place as Alec pays a visit to Cate Gillespie next door. She and Ricky the father have now split up. He’d been banging broads right under her nose for years, including Claire next door as she watched and heckled over the fence. He was even sticking it to a bridesmaid at the wedding as their daughter went missing. Strangely, she’s never mentioned this before despite it being crucial to her daughter’s disappearance. There’s a lot of that about.

“I will get you justice,” promises Alec but the prospect of the two worst cops in Britain working on the case doesn’t thrill Cate at all.

They meet with an old colleague of Alec’s to persuade her to reopen the case based on the stunning pressed bluebell evidence and Smellie’s hearsay from Claire that she was drugged by Lee the night of the girls’ disappearance. Turns out the old colleague is Alec’s cheating wife who fucked up the Sandbrook case even harder than he did. She ain’t interested in reopening the case or any old wounds but they do go for pizza with their daughturd later and it’s a big success. Well, Ricky Gillespie turning up to berate Alec over the garlic bread makes things awkward for a while but it’s another stamp on the loyalty card which means a free happy meal next time out. Score!

With Alec finally away, Claire heaves a sigh of relief and invites Lee round so he can put his cock in her, something he is more than happy to do. He gets all weird and controlling and Claire can’t get enough of it, demanding that he tie her up next time he fucks her. He’s all over that action.

Meanwhile, Beth has got a really shit idea – start a charity in Danny’s name to stop kids who are at that difficult transition point to secondary school, getting themselves hugged to death by paramedics. Maggie, Olly and Paul Whicker politely tell her it’s the worst idea they’ve ever heard but having put their heads together they come up with an even worse one. A charity in Danny’s name to help paedos have a cushy life in the hope that maybe they’ll rape fewer kids. She tells them to GTFO. Increasingly, Broadchurch is the place Britain’s hopefuls go to have their shit ideas.

Over at the caravan, Tom gets over his breakup with Mark by launching into FIFA 2014 binge. He gets a shock when Susan Wright turns up in the middle of the Capital One Cup quarter-final second leg. She tells him to piss off in as nice a way as he can reasonably expect. She’s returned to tell Nige the Tard that she’s dying and that he will inherit her entire estate of one dog, 12 pallets of Winalot and 390 boxes of unused Tampons. It’s a lot for him to take in. Pretty much any info is a lot for Nige the Tard to take in. All of which makes it particularly difficult when Susan fingers him in court as the man dragging Danny’s body off a boat and onto the beach on the fateful night. 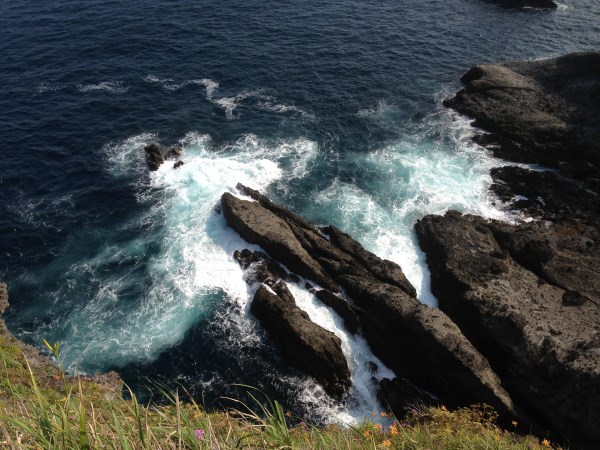