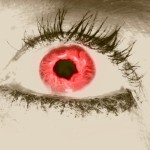 by jamdog
BBC One As Kevin gets his fifth cornholing of the day from cellmate Big Ray he may well reflect on how his great masterplan turned into a MASTURBplan¹. He might condlude it was personnel issues that did for him. Entrusting a rapist, a grass and a moron with the safety of an 18-year-old girl and... Read More

As Kevin gets his fifth cornholing of the day from cellmate Big Ray he may well reflect on how his great masterplan turned into a MASTURBplan¹. He might condlude it was personnel issues that did for him. Entrusting a rapist, a grass and a moron with the safety of an 18-year-old girl and the administration of a sophisticated criminal enterprise was always a Hail Mary pass and it’s hardly surprisingly it was fumbled and mishandled like a Max Clifford intern. Rapey Royce is the only one of the kidnappers still at liberty and he’s not exactly living it up. Dressed like a 1986 indie kid, holed up on an abandoned narrowboat, stabbed through the guts and suffering multiple organ failure he looks a proper bag of shit. Being mortally wounded would stymie most men’s Father of the Year ambition but Rapey Royce is not most men’s. He’s Supermen’s! He plots a meeting with his shithead son Rapey Ryan and you can well imagine the Brains Trust event that will be.

It’s been a rough year for everyone in Hebden Bridge so a party is exactly what’s needed to cheer everyone up. As luck would have it Catherine‘s birthday is coming up so Smackhead Clare, no stranger herself to sucking every cock at the party for drugs after she’d ploughed through her own stash, organises the do herself. Everyone comes round. Grandad Dan, his bird, the Gallaghers and Gendry. In a display of stupidity remarkable even by her standards Clare tells Gendry that his dad had put his winky in his mammy to have him and he causes a big scene about it. He’s also got a sprained vagina over some throwaway remark Catherine made years ago wishing he was dead. Nice one, Clare – you really know how to throw a party.

Over in the county jail Nevison visits Kevin who tells him it was basically his fault Ann got raped and that he doesn’t mind taking it up the pipe five times a day from Big Ray because his daughters still got to go to private school. It’s the last thing Nevison wants to hear but he also gets some good news when Ashley gets his noggin plugged in a drive-by. “Witness protection my arse” is the last thing that went through his head before the two slugs that put him down.

Rapey Ryan finally gets to bond with his pops on the narrowboat over their shared love of criminal activity – drinking booze, smoking tabs – it makes them both very happy. So happy in fact that Royce decides to take Ryan away permanently in a heartwarming flame grilled father-son suicide pact. Thankfully Catherine is on hand to rescue Rapey Ryan and she spunks over Royce with a fire extinguisher to piss on his suicide chips for now at least. He’s taken away in a neck brace. He’ll be doing his raping from the state penitentiary from now on – quite possibly on Kevin.

We finish on Catherine in the gorge, reminiscing fondly about the times she stomped out Rapey Royce. She smiles. Finally, it’s a happy valley.

The verdict: Canal living is over-rated.