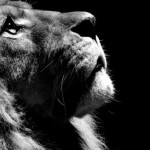 Orange is the New Black: A Hole Other Hole review

by jamdog
Netflix So much we take for granted. If there were one place you thought you could count on for knowledge of the female undercarriage it’s a women’s prison. And yet Poussey finds herself in the unenviable position of having to teach the fat sisters the location of the urethra. First she must convince them that... Read More

So much we take for granted. If there were one place you thought you could count on for knowledge of the female undercarriage it’s a women’s prison. And yet Poussey finds herself in the unenviable position of having to teach the fat sisters the location of the urethra. First she must convince them that it even exists. Their scepticism is understandable given that it’s over a decade since they either of them saw their vaginas. Still, it’s possibly the dumbest conversation in a women’s prison since they allowed Stacey Dooley in. Fortunately TransSophia has a fanny mirror so everyone can get a good look at their cooch.  Poussey stands to one side thinking “it ain’t easy civilising these motherfuckers”.

Vee would be inclined to agree with that. Sensing a kindred spirit she exhorts Poussey to monetise her hooch operation. At the moment it’s a no-charge friends-only arrangement but with Vee’s killer recipe together they could make some serious $$$$$$$. Poussey turns the kind offer down and it costs her a seat at the cinema later. As Don Barzini said a refusal is not the act of a friend.

Morello flashback! She lives in a low-income household – crowded and suffocating in the great American tradition – where she cares for a relative who shits themselves. In her spare time she defrauds eBay sellers and dreams of a future with a cocksmoker she cut out of a magazine and stuck on her wall. Then comes the event that changes her life. She meets Christopher, literally bumping into him and guess what? He’s a dead ringer for wall cocksmoker. Wow, there’s heat between these two. Does anyone else hear wedding bells?

Their scepticism is understandable given that it’s over a decade since they either of them saw their vaginas.

Morello certainly does but unfortunately it’s the wedding of Christopher and Angela his actual fiancée. After dropping off chemo fatty to hospital Morello takes the van for a spin to visit Christopher’s happy home. She cries over the wedding seating plan. She can’t believe they’re letting Jews mix with Italians. She’s right. That never works out.

In a development we probably should have seen coming Morello was never with Christopher in any meaningful sense. She just stalked him silly after one coffee date. Then there was a misunderstanding about an explosive device she left under Angela’s car. Now in the present-day she’s lounging in the bath wearing just Angela’s bridal veil when Christopher comes home. A hasty GTFO through the bathroom window and she hares back to the hospital just in time to scoop up the dying fatty and deposit her back in the joint. Nice work Morello you crazy bitch.

Red has found a storm drain and looks to wrangle a gardening program from Caputo to best use it. Contraband in, prisoners out – who knows? I’m sure she’ll think of something to stick in there. Speaking of sticking things in tunnels Big Boo challenges Nichols to a pulling competition and Nichols claims the first big scalp by jamming her snatch in Soso‘s hot stupid mouth to stop her talking  – an excellent plan for all concerned.

In the real world it looks like Larry and Polly‘s milky tits will be soon getting more closely acquainted. Never leave your man alone with your best friend, ladies. She’ll gut you like a pig the first chance she gets.

The verdict: Soso’s a talker, Taystee’s a porker and Morello’s a stalker.