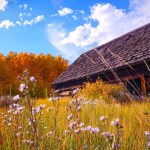 by jamdog
BBC1 In the all-important 2006 timeline Emily frantically searches for Oliver‘s favourite toy Mister Fox. “He’ll want it when he comes back” she explains “We’re not going to see that little cunt for a while” says an increasingly bitter Pony. His mood isn’t helped none when the filth drag him in for further questioning. They... Read More

“He’ll want it when he comes back” she explains

“We’re not going to see that little cunt for a while” says an increasingly bitter Pony. His mood isn’t helped none when the filth drag him in for further questioning. They quite like to know about Greg Halpern, a “friend” of Emily’s Tony beat to fuck in February 2000. He never did jail time as he dropped a fat wad of cash in Halpern’s lap to persuade him that pressing charges wouldn’t be in his interest.

“Are you a violent man, Mister Hughes?” asks Baptiste not unreasonably.

It makes you think but it’s not exactly a smoking gun. I mean, what would be really bad if Oliver was admitted to hospital in September 2004 aged three with a fractured ankle. WOULDN’T IT, PONY??

“That was banter” he responds defensively. Then, in a whisper “He’ll get worse than that when I find him”.

Fucking Pony. Grotesque jug eared freak. Those 9 unaccounted minutes his timeline all of a sudden become vitally important. And you just know that you can’t keep stuff like this out of the press, particularly when Ziane is leaking everything he can to Suri. I wouldn’t trust that camel faced bastard as far as I could stuff him through the eye of a needle.

The good news is though that there is a potential lead coming out of rudest city in the world Paris. Vice cop Antoine Ahmed (Michael Erpelding) has been working undercover for 14 months infiltrating a Romanian sex trafficking outfit. He’s heard on the rapevine (the rape grapevine) that there’s a package going to Thailand tonight – a particularly annoying package fond of drawing slanderous caricatures of close relatives. This is it, guys. We’ve found him. Oliver is coming home!

The takedown will take place in a shitbox barn way out in the sticks. Baptiste brings along a modest squadron of 476 armed thugs to stake the joint out. The signal is given and they burst in screaming “ALLEZ!” “BOOF!” and “JE T’AIME!” but instead of an annoying seven-year-old boy with Fragile Do Not Bend stamped on his forehead they find a tiny mechanical digger and fuck all else. What on earth?

So what happened there? Whispers abound that Antoine going deep cover for so long had turned him native. He’s been doing junk like a punk, even fallen for a junkie skank. When he finally gets in touch he tells Baptiste to meet him at the Châlons Du Bois train station. There he’ll give him the real scoop on Oliver Hughes.

Well at least that should settle a few things. And yet Baptiste can’t help but feel disappointed with how the meeting goes. Far from voluble Antoine is sat there on the platform with his throat cut, bleeding to death like a little bitch.

“Fucking idiot” he shouts kicking him hard in the ribs as a small child cries nearby.

Tony is in despair at the developments but reaching out like the great friend he will certainly become is Ian Garrett. They bond over shitty continental lager and Robert Johnson selling his soul. Garrett offers good counsel on Vincent Bourg: leave him be. Those are wise words.

Wise words Tony completely ignores when he breaks into Bourg’s crib. They have a little chat but can’t seem to reach accord. Tony thinks he kidnapped his son, Vincent begs to differ. They agreed to disagree though and after shaking him warmly by the throat Tony GTFO. Don’t know where people are getting this “violent Tony” thing from.

They have a little chat but can’t seem to reach accord. Tony thinks he kidnapped his son, Vincent begs to differ.

In 2014 Suri visits Ziane in prison – looks like his misdeeds caught up with him in the end after all. Suri wants to find Vincent Bourg who used to bump up against Ziane in solitary. The feral hack is convinced he knows what really happened to Oliver but it looks very much as if he is as clueless as a Daily Express journalist.
Still at least the French police are well into the new investigation. After much dusting and high-tech forensics the cellar is clean… a bit too clean. They get former neighbours in to discuss try and jog their memories. Emily turns up having figured out that Mark the borefriend was screening Tony’s calls and she looks a real miserable bitch for some reason. She takes a welcome opportunity to dig him out about reopening the case. She tells him to let it go but he will never forget Daddy Big Ears. Never.

The shaking down of the neighbours throws something up though. People opposite the House of Horror threw a party for the 2006 quarter-final and filmed it. It shows Oliver in the window screaming for help before a mystery man’s hand clamps over his gob and yanks him away. Bombshell.

“There’ll be no help coming when I get hold of you, you wee bastard” shouts an emotional Tony. The trail just got hot again.

The verdict: Bois will be Bois.