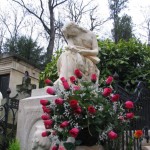 by jamdog
ITV To live in the world of Clownton is to live in exciting times. Apart from the stuff that stays exactly the same all the time, everything is changing. For example: Rose‘s relationship status on Facebook. As you may have heard she is throwing her lot in with a Hebrew. Atticus is the name and... Read More

To live in the world of Clownton is to live in exciting times. Apart from the stuff that stays exactly the same all the time, everything is changing. For example: Rose‘s relationship status on Facebook. As you may have heard she is throwing her lot in with a Hebrew. Atticus is the name and bombing Palestine’s the game. As this is an interfaith union the ceremony is booked for a registry office down in Londung and so a convoy of posh motors hurtle down south to Grantham House in the capital. Let’s get this party started!

That lady’s maid stealing bitch Lady Flintshire is there of course bitching like a bitch about her feckless soon-to-be ex-husbland Shrimpie and Rose marrying a Jew. There’s tension at dinner between the the maid stealer and Atticus’s parents Lord and Lady Sinderby.

“I always think of you as nomads drifting around the world” she snipes.

“Fuck off you red-nosed cunt.”

Running your mouth at dinner has become such a Clownton tradition I’m surprised they haven’t hired a permanent member of staff to fulfil the world. Chief Mouth Runner or the like.

Not content with mere casual Jew baiting Lady Sinderby tries to frame Atticus for adultery, hiring a paparazzo to catch him in flagrante with a brass on his stag Jew stag do. Her lackbrain ploy fails abysmally of course and the wedding goes ahead. Although not everyone is showing it they’re all thrilled that Rose has at last overcome her addiction to black cock even if it must be with a son of Moses.

Down in the slave quarters there’s a temporary footman to help with the extra workload. Andy is a one-of-your-own East End boy who immediately gets the attention of Gay Tom who wants to put his cock in him and She Queen who wants to trade his gullibility for free drinks in a gambling den. Not entirely sure why they introduced this baffling subplot but you know Clownton – a law unto itself.

Speaking of lawbreakers the police have decided that it was Anna who killed Rapey Green (it wasn’t) and that she will go to prison for life (she won’t). Mary is distraught. It’s hard to find a lady’s maid and this uppity policecunt has stolen the only half decent one she’s had. These people.

They’re not the only ones showing no consideration whatsoever. Fucking Isis has succumbed to the cancer that was fucking her up and Fat Bob calls in a stonemason who specialises in doggy gravestones. When the war memorial is finally unveiled he reveals that he has had a special canine plaque made for Mrs Patmore‘s cowardly PTSD nephew Archie.

“Fully appropriate for someone who ran away like a little bitch.” he gushes and Mrs Fatmore is overcome with emotion.

Bob is definitely on form this week as he figures out all by himself that Marigold is the wicked devil spawn of Gregson and Edith. He can keep a secret for now but he’s so pleased with his deduction he affords himself a little chuckle and squeeze of Cora‘s left tit.

Nice one, Bob. We’ll see you at the Christmas special.

The verdict: Nice day for a shite wedding.