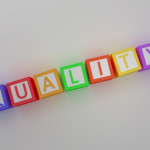 Critically lionised American show Louie finally makes it to British TV screens this week. The sitcom vehicle for comedian Louis CK, who plays a version of himself, the show has won a Primetime Emmy for its writing but is largely unheralded over here. So why the fuss and exactly why should you watch Louie?

It reinvents the sitcom

Real innovation in sitcom is rare and even groundbreaking shows like Community and Arrested Development tell a beginning-middle-end story and rarely deviate from the three-act structure. Louie typically starts with a brief segment of his stand-up followed by two acts, usually with no linking narrative between them and is driven at all times by an antirealist ethic that means anything can happen.

His relationship with his daughters

Sitcom kids may look real but once they open their mouths they are just a bit too studied to be believable. Louie’s two daughters spout just the right mix of gibberish and genius to make them feel real. Their dad’s patient exasperated parenting is scarily authentic and, in a show peppered with romantic disasters, his struggles with being a joint-custody single father are the closest he gets to joy.

No one on TV has more artistic control

The free artistic rein Fx president John Landgraf guaranteed the show produces engrossing moments you see nowhere else. A poker game between stand-up comics leads to a long exchange on the morality of using the word faggot onstage; in another extraordinary scene Louie sits down and hashes out his real-life plagiarism beef with comic Dane Cook. One week it’s a farce, the next a bleak morality tale. Louie might be entertaining the troops in Afghanistan or babysitting a kid whose mother insists he cannot eat “anything with carbon”. It’s the mystery meat sitcom where you never know what you’ll be getting only that it’s going to be compelling.

It stares futility square in the face

The theme tune refrain “Louie, Louie, you’re gonna die” is the first clue. Louis CK confronts the brutal truth of the universe like no comic since Tony Hancock. The humiliations, indignities and rejections pile up like dead bodies and misery is the only constant. It’s a bold choice to portray the world so unflinchingly. Watching it could make you quite sad but fortunately…

Whether it’s looking up his high school crush, confronting a bully’s parents or bringing his daughters to meet his racist aunt Louis CK is a comic master. Count on him finding the most shocking, incongruous, overlooked aspect of the situation and driving it home mercilessly to its absurd conclusion. His eye is unwavering and like all great comics where others timidly shuffle he quad bikes.