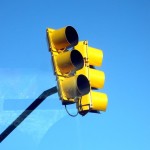 A conspiracy drama about a mysteriously prophetic graphic novel – it’s all so very graphic novelly. Utopia has a comic book feel throughout in fact and as we start we’re in a comic shop where the British version of Comic Book Guy from The Simpsons tells two interlopers that the premises are in fact closed for business and would they mind shuffling along what-what. But I don’t think these gentlemen have come to complete their collection of Crisis on Infinite Earths. The first clue is that one of them caves a customer’s skull in with a length of pipe; the second is when they put another permanently to sleep with a special gas like The Penguin. The two (Lee (Paul Ready) and Arby (Neil Maskell), FYI, not that they’re big on introductions or other social niceties) address Comic Book Guy who is now sweating and farting like Mister Ed ahead of a visit from Clare Balding. They’d rather like to know where one Jessica Hyde is and also, if it’s not too much trouble, where the original manuscript of graphic novel The Utopia Experiments that he was holding onto is. In a few minutes he’ll be dead and The Chuckle Brothers will be on their way. See what I’m saying about High Street retailers disappearing?

So The Utopia Experiments must be a hell of a read then yes? Four stars on Amazon and an outside bet for a slot on Oprah’s Book Club? A little background: its author Mark Dane was a delusional paranoid schizophrenic who wrote the book in a psychiatric institution then killed himself. It tells the tale of a scientist who makes a deal with the devil for knowledge and the book became a cult hit with the dateless wonders of the Internet comic critiquing community. Five such woeful comic book geeks who discuss it on a forum certainly rate it highly. We have – Ian (Nathan Jarrett-Stewart, Curtis from Misfits), an IT worker who lives with his mom; Becky (Alexandra Roach), a postgrad doing a PhD on The Utopia Experiments; Grant (Oliver Woollford), a smart but feral 10-year-old piece of shit; the conspiracy obsessed Wilson Wilson (Adeel Akhtar) and bringing them altogether the mysterious Bejan (Mark Stobbart) who tells them he has the second instalment of Utopia which, as any Utopia aficionado will tell you, does not exist. The rest are intrigued enough by his claim to accept his invitation to meet up. After all, it’s strangers on the Internet – what could go wrong with that?

“They’d rather like to know where the original manuscript of graphic novel The Utopia Experiments that he was holding onto is. In a few minutes he’ll be dead and The Chuckle Brothers will be on their way. See what I’m saying about High Street retailers disappearing?”

Hold that thought because now we need to meet civil servant Michael Dugdale (Paul Higgins, Malcolm Tucker’s mini me Jamie in The Thick of It). Having got a whore pregnant he is now being blackmailed by her Russian pimp to convince his Health Minister boss to sign off on £83 million of unnecessary Russian flu vaccine. It looks like his Whitehall paymasters played by James Fox and Stephen Rea are in on The Conspiracy. Intrigue piles upon intrigue as Becky talks about Deals, the man-made degenerative disease which killed her father. The mutation of the disease appears in an illustration in the 1985-published Utopia when it didn’t actually occur until 1989. So could Mark Dane see the future? One thing that is certain is that people who know about the Utopia manuscript are being hunted, tortured and killed by bad men whose agenda is anybody’s guess.

Big pharma, a murderous cabal and Internet pieces of shit combine in what is a striking and fascinating drama. The conspiracy at its heart is ridiculous but it takes place in a heightened reality comic book world which is consistent and disconcertingly believable. Lee and Arby give you a chill every time they’re on-screen; Arby with his bomber jacket and blank glare could be Bernard O’Mahoney,  Lee with his sharp suit and 50s quiff could be Mark Lamarr and Arby’s deadpan “where is Jessica Hyde?” seems certain to be one of the laugh a minute catchphrases of the year.

There’s a rotten and gratuitous eye torture scene which ends with Wilson blinded and minus at least one eyeball. Yeah, we get it – they’re badass. No need to gouge out our eyes and piss in our ocular cavities, brah. That was tough to watch. The rest will be tough to miss. Utopia hits the ground running and gives every indication it won’t be sparing our blushes, sensibilities or credulity. This could get very interesting.

The verdict on Utopia : An impressive coming out party.