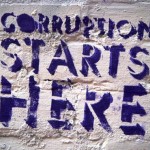 by jamdog
BBC Two We begin as we always must with that “who do you trust?” monologue that infects the start of each The Honourable Woman. A bona fide nause célèbre it highlights that big problem with Hugo Blick. He’s either mired in pretentious opacity or clubbing you round the head screaming “BETRAYAL IS A KEY THEMATIC... Read More

We begin as we always must with that “who do you trust?” monologue that infects the start of each The Honourable Woman. A bona fide nause célèbre it highlights that big problem with Hugo Blick. He’s either mired in pretentious opacity or clubbing you round the head screaming “BETRAYAL IS A KEY THEMATIC CONCERN OF MINE!” Once we’re done with that we get into the meat of the action. Some blonde broad gets out of the boot of a blue Toyota, finds herself deep in the midst of an eco-zealot funded windfarm, opens up a holdall full of cash with the instruction SILENCE and the car speeds off. “Ha! Wanker!” she shouts. So much for “SILENCE”. Say, I wonder who she is? We will find this out in due course my friends¹ as for now the narrative is taking us to early morning round at Rachel and Ephra‘s. Run-of-the-mill stuff really – Rachel clocking Ephra perving over Atika brushing her teeth. We’ve all been there.²

Nessa‘s a popular girl these days, fielding multiple phone calls from Hasbeen‘s abducturd who asks her if her secret is safe. “Tell me something no one else knows” she challenges him. “You hike your knickers up your arse for good luck before each meeting” comes the response. “Lucky guess” she says “Try again”. “You burned my face”. Nessa thinks back to all the guys whose faces she burned off down the years. “Gennady in Kiev?” Nope. “Bob in Sheffield?” Nuh-uh. Shit. Maybe it was that abductor guy she lit up in Gaza 8 years ago? I mean, that would tie in with the abduction wouldn’t it?

She wants to blab to the coppers about the year long holiday in Hotel Hamas but Atika disagrees. She’s doing so much partying and getting so much dick in Hasbeen’s absence she’s understandably reluctant to hurry the process along. Rachel also wants to inform the cops in the hope that the distraction of having her son around will stop Atika fucking her husbland senseless. Ephra backs up Atika and Rachel gets all “it’s Mrs Stein to you, you filthy Arab!!”

Blick is either mired in pretentious opacity or clubbing you round the head screaming “BETRAYAL IS A KEY THEMATIC CONCERN OF MINE!”

The cops meanwhile want a DNA test to check that Ephra isn’t Hasbeen’s daddy. He gets very haughty but Rachel tells him to take ze test like Jean Pascal to Borenard Hopkunt.He agrees. He suggests using a toothbrush of Hasbeen’s knowing full well that the DNA has been all fucked up by Atika using it that morning. He really will do anything to avoid paying child-support.

In a desperate attempt to avoid further sexual harassment Nat gets on the case of the Durka nurse Mrs Dalloway. She was acting under threats to her family and earned a cool £5000 in the process. “Score!” he says “Quick – somebody threaten my family!” It’s a similar story with the dead Durka driver Gatz. It turns out Mrs Gatz was the blonde exiting the Toyota earlier and served as the leverage the Durkas used to get Gatz to top himself. Now she’s in and out of car boots like her name was Aldo Moro. Qué vida.

When he finally tracks her down she brings him to a slaughterhouse where a gunman slaughters him with a shot to the head. It’s into the meat grinder he goes as moody Durka music plays. My god it’s profound. I knew these public school boys liked to mince but this is ridiculous! ³

The mystery shooter is the face burn guy who was playing 20 questions on the phone with Nessa. That Niki Lauda looking fuck rolled up at the airport, jumping over turnstiles like Dexys in the Geno video and he’s brought a 19 foot long sniper rifle with him. Nessa better watch herself. There’s only so many men you can burn before they start fighting back.

The verdict:  This Arab is STRAPPED, yo.

¹ Dip your Johnsons in caustic soda, death rattles. You are not Aerial Telly’s “friends”.
² No one has been there.
³ Fuck you.