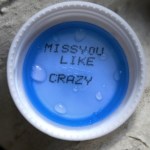 by jamdog
BBC1 No one is having it easy in Châlons Du Bois in 2006. Emily is tripping balls hallucinating Oliver every 30 seconds and it’s up to Daddy Big Ears to comfort her. “We’ll find him – I promise.” says Tony “And then we’ll kill him” he whispers to himself. “What?” “Nothing” He later meets with... Read More

No one is having it easy in Châlons Du Bois in 2006. Emily is tripping balls hallucinating Oliver every 30 seconds and it’s up to Daddy Big Ears to comfort her.

“We’ll find him – I promise.” says Tony “And then we’ll kill him” he whispers to himself.

He later meets with Ian Garrett to discuss access to his huge bank account and the fund for the reward. He tells Ian about breaking into Vincent the Good Paedo‘s flat and Ian once again tells him to  stop being such a little bitch about it. He explains at length why Vincent couldn’t possibly have committed the crime but all Tony sees and hears as he talks is Russ Abbot’s Jimmy character. Stupid racist Tony.

Down among the Filth Baptiste is onto Suri leaking details to the press and has got him chasing parking tickets, shovelling shit out of cuckoo clocks and re-canvassing the pool where Oliver was taken. Suri’s not one bit happy about it but Baptiste ignores his guff and pays a visit to dead Antoine‘s skanky Romania piece Rini.

A proper junkie disgrace this one. He locks her in a hotel bathroom for laughs and also for a Trainspotting style bout of cold turkey detox. He’s been through the process before with his daughter many times. Unfortunately for Rini she hasn’t and she’s losing what’s left of her mind in there.

“If you want I can pleasure you!” she shouts but the prospect of putting his Johnson in her scabby yap doesn’t appeal even to Baptiste, a man who gets laid about as often as a Coldplay groupie. In any event nothing gives him greater pleasure than listening to a stinky Romanian shitting herself and puking through a locked door while he masturbates.

The prospect of putting his Johnson in her scabby yap doesn’t appeal even to Baptiste, a man who gets laid about as often as a Coldplay groupie.

Once she’s completely catatonic he dumps her sweaty smack addled corpse on the sofa and gives her chicken soup for the soul in the form of chicken soup for the hole (her mouth, thankfully). In exchange for her testimony against the gang he’ll rehabilitate, relocate and re-appropriate her. She doesn’t know what any of this means as she’s a mushmouthed retard whose approach to problem-solving invariably involves sucking every cock in the room but she’s nonetheless grateful for the sentiment.

It’s a lovely day so Vincent the Good Paedo fishes for children in a nearby lake. He’s not caught any yet but slow and steady wins the race. Daddy Big Ears shows up and wonders what he meant when he said “I won’t say anything” when Tony broke in to the apartment.

“Keep it down, you dumb Mick” whispers Vincent “You’ll scare the children off”.

He tells him he didn’t really mean anything by it but he does however have a great anecdote for him. Someone once told him what his father said to him on his deathbed.

“Guilt is like a cancer. You can treat the symptom but never the cause”.

So Tony is still minus one child but he has got a Thought for the Day idea to pitch to Radio Four. Thanks, Vince.

Later he visits the Jock again to piss in his about the paedo and notices a painting of his child Molly. She “disappeared” many years ago Ian tells him – there seems to be a lot of that around. He can’t help with finding Oliver but he does have a great anecdote for him. Something his father said to him on his deathbed.

“Guilt is like a cancer. You can treat the symptom but never the cause”.

Even through the disgusting guttural Scottish drawl Tony can tell that Ian is telling the exact same story as Vincent. Now he knows there’s a connection between the two he quickly makes his excuses and leaves. Can he not trust anyone?

Things get worse when Emily goes to pick up the car from the garage. Oliver’s hate filled drawing of Daddy Big Ears mocks her from the backseat. She brings the drawing immediately to Tony. His rage grows exponentially.

“Little fucker. He’ll pay for this!”

But in the 2014 timeline we know that Oliver is still at large somewhere. Baptiste presents Tony with footage on the tape of a white van belonging to a cleaning company. The owner Karl Sieg has links to the Romanian traffickers. It’s a promising lead right enough but how the hell to find him?

Baptiste visits her and it’s not long before they are reminiscing over old times.

“I don’t suppose that offer of you pleasuring me is still open?” he asks.

He wonders where he might find Karl Sieg – was he around at the time?

“I’ll be honest” she says “I probably sucked him off 50 times but it doesn’t ring a bell”.

Fair play to her though she’s really turned her life around. New name, new career, new boyfriend – it’s definite progress from eight years ago. She does have a suspicious scarf around her neck at all times though. I imagine she got her throat cut at some point – that would explain it.

Baptiste asks her to risk her life on the off-chance that she might be able to stretch the Karl Sieg lead a bit further. She agrees. Well the girl always did like to please.

Meanwhile in news nobody breathing could give two fucks about Emily and Mark are having trouble after he keeps bullshitting about his bullshit job which apparently doesn’t exist any more. The news will probably cheer Tony up so there’s always that I suppose.

The real story though is that Vincent the Good Paedo’s chemical castration is going superbly. He tells his consultant he has never felt better and his favourite activity now is eating ice cream like a little bitch. He’ll be sat on his batty watching Titanic in no time.

In fact he feels so good that he looks up Ian Garrett to resolves some issues from his past. Just like Rini he’s turning his life around. Problem is that when he pops into Ian Garrett Consulting he gets the news that Ian went missing eight years ago.

Well that doesn’t look good. Can’t they keep a track on anyone in this show?