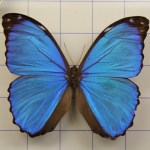 Now that Eli is a proud 50% shareholder in Blackout the Wonder Horse he goes to see his scrote pops in prison to tell him he is no longer a proud 50% shareholder in Blackout the Wonder Horse because he has signed his share of his beloved horse over to “drugs ruined my career” Tina. This means pops has s got absolute shit coming to him. This new development means Tina can get a ride on Blackout any time she wants now she pwns the beast. And she can upgrade to a new pair of high waisted shorts. It’s the best news ever.

Tina is so ecstatic at the news she fucks Eli ragged and agrees to GTFO with him to Ireland – a place where they truly appreciate gingers and horses.

“You can’t leave” says Annie “You’re the only reason anyone watches this show”.

“You can’t leave” says Annie “You’re the only reason anyone watches this show”.

Feeling less grand is Ruth the Slut’s Daughter who’s back on to the traveller site to get the best childcare the gypsy nation can offer. Dead Ian‘s sister approaches her all “weren’t you a lovely couple?” Turns out he was telling his family he was putting his cock in Ruth which is weird and more than a little unsettling.

But worse is that she’s been kicked off the murder squad. They’re only putting her on some shitty underage arson case! Chris Pollard‘s the name and lame attempts to barbecue Cuntbury Snooker Club’s the game. Funny thing is it was Ian Salter who investigated Chris’s 95 previous attempts at burning the snooker club down and gave him a caution each time.

Why, if I didn’t know better I’d say that Ian was sodomising vulnerable youths from the children’s home who frequented the snooker club and then letting them off on minor misdemeanours. Slut’s Daughter confronts George who admits that YES Ian was raping children and YES he covered for him but the important thing to remember is that he runs a good nick – just one that harbours child rapists.

It’s not the best defence Ruth has heard and she flobs right in his face to let him know that she no rikee. It’s the best sex he’s had in years. He tells her she can’t prove a thing which at least shows that he’s been paying attention to her policework.

That’s a slightly unfair assessment as she has at least worked out that it was Eli who killed Ian for bumming Cal to death. He confesses all to her and he’s not a bit sorry about it. Her brilliant detective work is somewhat tarnished when she tells him to GTFO giving him a head start on what we assume will be the inevitable manhunt.

He obliges but on the way to join Tina on their potato odyssey a thought hits him. “Oh now I know who killed Cal.” the look on his face says “LOL! I killed that paedo for nothing.”

In other news James is released on police bail and he cries like a little bitch. Truly his worthlessness is unrivalled even in Overton.

The verdict: A horse is horse of course, of course.