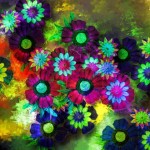 by jamdog
BBC4 Imagine for a moment you are not the hideous bag of shit the world, the mirror and empiricism tells you you are every second of your existence. Imagine rather that you are Fuck Bure – clever, beautiful and loved. Nice things happen to you, things like landing a dream gig as short-term secretary to... Read More

Imagine for a moment you are not the hideous bag of shit the world, the mirror and empiricism tells you you are every second of your existence. Imagine rather that you are Fuck Bure – clever, beautiful and loved. Nice things happen to you, things like landing a dream gig as short-term secretary to Literature Prize laureate Andreas Hallman. Husbland Eejit is off lecturing in Copenhagen and he drops the missus off at Hallsta, Hellman’s cuntry house. Even though Sweden has a population of approximately 189 at this point no one has yet worked out that meeting Fuck gives you a 50:50 chance of dying. She smiles like El Muerto as she crosses the threshold. They really are fucked.

Hallman runs a tight ship at home. He is a weird controlling freak casting a patriarchal spell over his wife Bjorg, daughturd Ylva and son Kare. And then there’s his beloved Jon. Born of his previous marriage Jon has a shit heart and married to his biholer nurse Cecilia. He is exactly the kind of genetic trash Nord who’ll wind up dead like a cunt.

After Cecilia birthday party. Jon interrupts Fuck’s night-time wanderings by grabbing at her ankles and sputtering like a retard. “MURDER…” are his final words. “Gay” she responds and goes back to sleep thinking nothing of it. It turns out this completely innocent incident was significant. Gregor Isander the Kraut doctor visits Jon’s steaming lifeless turd of a carcass.

“He is dead” he pronounces “Like a cunt”. Gasps fill the air.

The doc tries to write it off as a heart attack but Before you know it Christer turns up to dig up shit Jon’s shitty corpse. Someone tries to smother Fuck in her bed but she doesn’t make a thing about it or anything. These things happen. But when Andreas dies a horrible death at the dining table it looks like something might be after all.

To cut a pretty shitty story short Mammy and Doctor Isander poisoned Andreas so they could have distressing geriatric sex together. And in a bit of a lame twist Cecilia killed Jon beforehand to pay back Andreas for abandoning her sister Ann-Louise when he got her up the duff. She Virginia Woolfed right into a lake eight months pregnant and Cecilia was clearly left with no option but to fuck Jon to death and, when that failed, poison him.

So yeah, that was inevitable. Christer still hasn’t fucked Fuck despite her sliding off the chair every time he walks in the room. Dear me this show is silly.