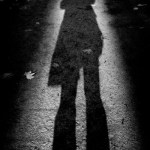 by jamdog
BBC Two As we join him Paul Spector is on a morning run through the woods. “Hi birds!” he says with a wave. The Goldcrest and Chaffinch shrill a response in unison. “Hi Mister Fox!” he shouts and the Fox responds with a two pawed salute. It’s good to be alive. He then comes across... Read More

As we join him Paul Spector is on a morning run through the woods.

“Hi birds!” he says with a wave. The Goldcrest and Chaffinch shrill a response in unison.

“Hi Mister Fox!” he shouts and the Fox responds with a two pawed salute. It’s good to be alive.

He then comes across a house, dumps the baby out of the car, gives it the finger followed by a nappy wedgie and then drives off in the motor.

“Well that escalated quickly” thinks the Fox before turning his mind to other matters. That henhouse won’t massacre itself.

At Plod headquarters Assistant Chief Cuntbubble Cantona has brought in some unsolicited “help” for Stella. Implausibly, it’s someone she hasn’t fucked yet: DCI Matt Eastwood who you’ll remember from series one. Stella announces the Paul Spector breakthrough to her team and they learn his pops was a soldier in the British Army in Northern Ireland so killing innocent women runs in the family. Stella puts Sally Ann under surveillance in the hopes the big tub of shit goes straight to Paul.

For now though he is back in his shitbox blowtell room. Katie has sliced up his trousers and drawn a picture of a cock and balls in lipstick on the bathroom mirror along with the message fotitti sfigato which Poogle Translate returns as: Fuck you loser. He has a little smile about that one. He certainly will be fucking her but the only thing being LOST will be her bowel function as she sharts her drawers while he chokes the life out of her.

The only thing being LOST will be her bowel function as she sharts her drawers while he chokes the life out of her.

An urgent press conference is called where Pissed Tom Stagg reluctantly makes a public appeal for the return of his wife. He sounds shit. Fuck him.

“I know she’s alive” he says, his voice cracking with emotion.

“Nah, actually mate – if we don’t find them in the first 12 hours he’s usually put his cock in her and killed her.” says Cantona “Statistically speaking you’re fucked and so is she. Just saying.”

But while there’s hope Stella will work around the clock to find the woman whose life she ruined. A suspicious vehicle at a roadblock catches her attention and it is indeed Paul inside backing away with the quickness.

He’s able to get away but the cops ID the car as the one stolen that morning from an innocent baby. The net is tightening and when Plod visit Sally Ann she folds like a Chinaman on laundry day. It was Katie not Paul looking after the kids that night he done a bad murder. And yet when they talk to Katie at home she covers for him and lies like a little bitch.

Paul meets her later in a restaurant for full details of the police’s questions but all Katie wants to know is what really happened that night? And exactly how many birds has he done in?

“Being a serial murderer is a form of slow suicide.” he tells her. Deeply self-destructive and simply not his style.
But he will say this. Stella’s unbuttoned blouse at the press conference sent him into a rage.

“Her acting all superior next to the Irish potato man with her 2 inches of cleavage and her House of Fraser bra.”

Katie totally gets it. That English bitch. And he’s such a rebel standing up to her like that. He admits writing the letter but it was just to fuck with Stella and the bigoted anti-Irish investigation. She wants to help. She’ll do anything for him. He’ll take her up on that.

That very night Katie breaks into the Spector family home at his behest and takes some selfies in the bathroom mirror. The surveillance coppers are flummoxed but stand down once they realise it’s the hot babysitter and not the hot husbland.

Stella uses some rare R&R to go for a drink with Forensic Kalinda. The coppers trailing Tom Stagg earlier indicated that Kalinda was “close” to him in a possibly sexual way. Stella raises the issue and the pause that follows is as pregnant as Sarah Kay when Paul killed her. Effing racist Stella. Why can’t she just for once leave minorities alone?

It’s exactly that kind of race profiling that forces an enraged Paul to break into her hotel room. Nothing too exciting at first – a quick rummage through the knicker drawer, a good old sniff of one of her 384 silk blouses – but then he hits upon the real mother lode. It’s Stella’s shitty diary! Fucking hell he’ll have a right good go at that. He puts on his reading glasses and gets to work.

Back in the bar Stella lezzes off with Kalinda to cockblock some dick solicitor hitting on her. Kalinda doesn’t even get down like that on the regular but she rikee the ice cold tongue of Scully and agrees to go back to her room to eat box for days. But at the last minute Kalinda chickens out, deciding that she is only really comfortable around a vagina that’s attached to a murder victim.

Oh well, not to worry. She’ll just go back to the hotel room. Alone. Paul hides in the closet and watches her start to undress when there’s a knock at the door. It’s only frigging Cantona and he’s drunk as a skunk. It’s his first drink in five years and he spills everything to Stella. Aaron Monroe’s in custody after making an attempt on his father’s life in hospital. He tells her it was he who tipped off Munroe’s father that his shit for brains son had warrants out for him. He’s finished if Eastwood finds out, he says. He’s being a real little bitch about it.

Paul can’t believe his luck getting this intell. Of course if matters took a different turn he could have been watching Kalinda and Scully get it on but the career ending blackmail material on a top cop is certainly not too shabby. But wait, things could be getting even better.

“I want you so badly” says Cantona as he stumbles towards Stella with a semi-on and whiskey breath.

She immediately drives the heel of her palm into his face with the force of a thousand sledgehammers. As she tends to his fucked nose afterwards plucking out nasal hair and dried blood from his eyebrows he tells her about one of the children’s homes Paul said he was raised in. It was ran by a paedo Catholic priest. Imagine that!

“His idea of midnight Mass? Soixante-neuf with an altar boy behind the altar in full vestments”.

Fucking hell, he really is enjoying this. Badger looking fuck.

Once she turfs him out she gathers her thoughts on a very eventful evening. When she switches on her laptop she notices the screensaver has been changed to Fuseli’s The Nightmare. Well that’s not a good sign. She flips through her diary and finds that Paul’s left her a lovely note, mocking her dream journal, her daddy issues and every fear, insecurity and failed fuck she thoughtfully recorded for him. Oh the violation.

Once back in his bed Paul celebrates with a mutual jerk-off session on Skype with Katie. It’s had its challenges but it’s a good day to be a serial killer with a 16-year-old girlfriend.

The verdict: For the times we’ve had I don’t want to be a page in your diary babe.