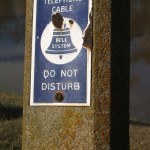 by jamdog
Aerial Telly, betting leviathan and television iconoclast, gives a scorching write-up to season 4 of HBO's The Wire

Black gangsters aren’t supposed to be intelligent. When it comes to strategy they’re supposed to be more Tony Montana than Michael Corleone. If someone gets up in your face you blast them in broad daylight in front of 50 witnesses then blab about it on the seven wiretaps Narco installed right under your nose, you go to trial, call the judge a faggot and spend 50 years eating BPHMAC* in a state facility. But The Wire don’t play that shit. A generation of black gangsters emerge from the Baltimore slums acutely aware of surveillance, police tactics and how the code of the streets can be tweaked to avoid jail time. Territorial battles are not where it’s at. It ain’t about territory no more – it’s about product. At least that’s what Stringer Bell said before they blew his fucking bollocks off. Stringer got a little too clever for his own good when he tried to play off Omar and Brother Mouzone against each other and found that he couldn’t outmanoeuvre a 12 gauge from point-blank range. A shame to lose such a terrific character but the streets is a mutha.

“Territorial battles are not where it’s at. It ain’t about territory no more – it’s about product. At least that’s what Stringer Bell said before they blew his fucking bollocks off.”

Chances are you’ve heard whispers about The Wire and you’re wondering what it is. Well, think of it as a hugely ambitious television project looking at the problem of crime and criminal justice at three distinct levels – The Street, The Police and City Hall. There’s a sprawling mass of sharply sketched characters, some of whom will never meet, all of whose actions will impact upon the others, sometimes fatally. As it enters its fourth season, things are changing on the streets of Baltimore. The bodies that littered the projects during the Barksdale crew‘s reign are no longer evident. The rise of the hugely sinister young ‘un Marlo Stanfield seems to have taken place without a single body being dropped. A bloodless revolution taking place in Baltimore?

“Snoop now joins the ranks of memorable female villains alongside Livia Soprano, Faith from Buffy and Evil-lyn from He Man.”

Fuck out of here. The Stanfield crew’s two-pronged killing machine Chris and Snoop have taken their homie-cide underground, silently killing and disposing of bodies in vacant row houses with the aid of quicklime, then boarding the property up with a top of the range nailgun (purchased by Snoop in a hilarious B&Q advert style interlude in a hardware store). Snoop now joins the ranks of memorable female villains alongside Livia Soprano, Faith from Buffy and Evil-lyn from He-Man. Played by an authentic Baltimore O.G. Felicia Pearson, Snoop provides an excellent comic foil to Chris’s brooding malevolence. She’s the human face of senseless slaughter.

Cracker ass cracker Tommy Carcetti is still fulfilling his role as token whiteboy mayoral candidate and, remarkably, seems to be making good progress. Roman pessimism surrounds him, however, and he feels he can never win. “I still wake up white in a city that ain’t”. Well, you won’t get far with that attitude Cassandra. If we have learnt anything from The Charlotte Church Show (apart from the fact that she has a fucking good arse and that the show sucks more cock than Rio Ferdinand) it’s that it’s OK for whitey to spend hours in prosthetic make-up to look like a black person for, say, the purposes of a hilarious speed dating prank so doing so for a mayoral campaign should be relatively uncontroversial. Carcetti’s friendship with Major Valchek is paying dividends as the hard boiled Polack feeds him priceless intelligence on the police department giving Campaign Carcetti serious impetus as he embarrasses the incumbent Mayor Royce with a string of revelations.

Such mutual back-scratching and power games are common. There’s a fast turning cycle of abuse in The Wire. The press kick City Hall, City Hall kicks the police, the police kick the dealers, the dealers kick innocent bystanders, the press get hold of it and the cycle begins again. Temporary alliances form between the levels, though this is no fluid, socially lubricated system. There’s not much social mobility between the levels, the stratification seems pretty solid. Whether you’re cracking heads on the East side, slanging pandemic in the Projects or dodging subpoenas in City Hall you’re always beholden to somebody. How well you can use other people while being useful to them determines how successful you’ll be in the game.

“There’s a fast turning cycle of abuse in The Wire. The press kick City Hall, City Hall kick the police, the police kick the dealers, the dealers kick innocent bystanders, the press get hold of it and the cycle begins again.”

Tubby shit sack Proposition Joe has lived his life based on this premise, understanding that politicking is always preferable to gunplay, proving that compromise and give-and-take are a vital part of the modern drugs enterprise. But surely Joe has put a proposition too far, apparently manipulating a beef between Omar and Marlo Stanfield, tipping the gay supervillain to a high-stakes card game where Marlo was playing? Fabulously Gay Omar sticks up the game and even steals Marlo’s newly acquired diamond ring. “This ain’t over” Marlo informs the ice-cool arse bandit. Count on it.

“A general ethic of making it less boring than real life without compromising its original vision has turned this from a pretty damned good show into a legendary one.”

I hope The Wire knows better than to kill off Fabulously Gay Omar, simply one of the best TV characters of all time. The show prides itself on never taking the obvious turn, never doing the TV cop show thing and this is a good thing. But the problem with avoiding cliché as studiously as The Wire does is that it sometimes forgets to replace it with something else. Too often in earlier seasons it’s been far too satisfied with itself for not taking the obvious option and putting nothing in its place. This season is pacier, the writing is tighter, and a general ethic of making it less boring than real life without compromising its original vision has turned this from a pretty damned good show into a legendary one. HBO have commissioned a 5th season despite this only being watched by 30 people. Ever wondered why HBO is the best network on the planet? There’s your answer.

The best thing about it: It’s just about the smartest show out there.

The worst thing about it: Stringer Bell is no longer around.

The verdict on The Wire, Season 4: More luminance from HBO.