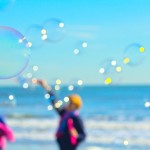 by jamdog
BBC Two Huskies are magnificent creatures so when Vickie and Chantelle Doglady throw an armful of them at the Dragons are immediately transformed into 9-year-old children. Their Arctic Quest setup enables corporate fucks, stag dos and the generally curious to engage in husky dog racing, bear baiting and cupping stag balls if they want to.... Read More

Huskies are magnificent creatures so when Vickie and Chantelle Doglady throw an armful of them at the Dragons are immediately transformed into 9-year-old children. Their Arctic Quest setup enables corporate fucks, stag dos and the generally curious to engage in husky dog racing, bear baiting and cupping stag balls if they want to. Very little is off-limits for these two. While the Dragons are charmed they are not fooled. There’s no money in dogs unless you’re selling them to Manny Pacquiao’s dad and the girls are dispatched with nary a penny more than they walked in with.

Next up is idiotic tub Chris Kent who bursts through a screen displaying a videogame – much to the horror of the Dragons. This “gaming entrepreneur” wants £250,000 for 25% of his cuntpany. His unique business model is to give all his games away for free in the hope that one day one of them might make it big. So he’s essentially selling a £250,000 lottery ticket to people who are already rich. You can guess how this one ends. It’s Grand Theft Morto for Chris.

Then, three middle-aged squares bore the arse off the Dragons before they even open their mouths. Square #1 Jim Campbell presents Hasslacher’s Hot Drinking Chocolate named after longtime friend Hymen Hasslacher (Square #2) and is made with Colombia’s finest cocoa beans. It’s a gourmet drinking chocolate, blood – a high-end version of African Benjamin’s heart-attack-in-a-cup chocolater.

It’s selling too – they are already on the shelves in M&S, Tesco and Waitrose. These nerds aren’t fucking about. Their exclusivity contract is dicey though. Devourer is gagging to invest but she goes dry as the Gobi desert when they can’t give accurate projections for future profits. “I can see your future, guys. It’s a short walk out of here and into oblivion. Waste my fucking time again and I’ll slap the dick out of your collective mouth”. Even Jock McSlasher is taken aback by that one. Square #3 weeps bitterly on Hymen’s shoulder. It’s all a bit undignified.

A dopey card vase concept pollutes the airwaves before being dismissed as too dull to invest in before we get to 18-year-old Jordan Daykin. This feral manchild is Managing Director of Grip It Fixings and fastening DIY units to walls is his game. Dragons are impressed with his infant skills but Peeturd Blownes takes a dump on his parade by viciously yanking out a radiator from his display rather like that priest who wrecks Craggy Island Parochial House. “Cowboys, Ted! Cowboys!”

It takes more than a potentially lethal hazard to put Devourer Medung off investing though and she bungs Jordan £100,000 for 25% of his operation. He’s delighted and he would stay and chat but he has to be back at his mam’s in time for tea.