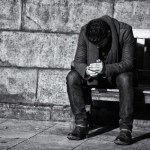 by jamdog
BBC2 I’ll tell you this much: our girl Stella’s a proper tramp. Her hotel room’s like a crime scene – clothes tossed around everywhere, yellow tape, forensics bods dusting for dabs, photographers flashbulbs going off every few seconds, coppers bagging evidence. In her defence her hotel room actually is a crime scene as we join... Read More

I’ll tell you this much: our girl Stella’s a proper tramp. Her hotel room’s like a crime scene – clothes tossed around everywhere, yellow tape, forensics bods dusting for dabs, photographers flashbulbs going off every few seconds, coppers bagging evidence. In her defence her hotel room actually is a crime scene as we join her, specifically the breaking and entering and reading of her shitty dream journal that Paul pulled off while she was lezzing off with Forensic Kalinda in the pub. While she watches that particular laugh parade Paul reads the pages from her shitty dream journal he scanned on his shitty laptop. It’s top-notch stuff.

“Daddy wears a short-sleeved shirt. Looks kinda gay. Do men still like me? Why do I get these feelings? Is Duchovny still in rehab? I wouldn’t mind jumping on his joystick.”

The next morning Paul watches another of Katie’s YouTube singalongs and this time she’s got a hot blonde friend with her singing harmony. Well that’s exactly what he wants – another nausey teen to bang. His day just gets better and better. Daisy Drake’s the name and looking hot on the Internet’s the game as Paul discovers when he cyber stalks her with his free hand.

Back at Filth HQ Cantona the Badger drops in on Stella and watches CCTV footage from the hotel that indicates Paul was in the room with her the whole time. That of course means he caught the Cantona confession and crucially that they know that Paul Spector is the Belfast Strangler. Great work, guys. These supercops? Not so super.

Still, Stella sends DC Martin and DC McNally to visit Jimmy’s Tyler wife Elizabeth at the woman’s refuge Paul got her into. All they find out is that he’s a really awesome counsellor who protects women from violent men.

“I wanted him to put his cock in me so I did, to be sure” she confirms as if we ever doubted it.

Jimmy has quite a different opinion when they canvass him. He surmises that any man who fronts down him, a man with his reputation, wearing only a bath towel without a flicker of fear is not right in the head. And Jimmy should know – he’s a Hall of Fame three-post ment.

In a rare display of good police work Stella discovers that Annie Brawley has been getting a good old counselling from Paul and that there’s a new session in but half an hour (or “HALF A FUCKING HOUR???” as she says). She skedaddles so fast she leaves skid marks. Surveillance is on him like a Geldof on a Ryman League indie twat and as Stella hides Annie in a bog a copper tells him the appointment is cancelled as Annie gets her voicebox massaged back into shape. He’s a bit miffed but he leaves without causing a fuss.

But who should clock him on his way out but Sally Ann who found the counselling appointment after opening his mail. No wonder he left her. When the trust is gone in a relationship there’s really nothing else. As she’s cunting off about the kids needing a father he sees a broad pulling a shopping trolley with Deborah on the back and it triggers something in him (dunno what tho lololol). He agrees to go to a party where the kids are. Father of the year material this one.

Annie’s pretty narked with Stella for scaring off the only decent counsellor she had. That all changes when she suddenly gets hit by the memory of him in the bar swiping her driving licence though.

“HE’S THE MAN THAT ATTACKED ME!” she shouts.

Those two shitty plods who fucked up the Sarah Kay stalking report Dani and Officer Fuckflaps tell Stella there’s a body up in the Gobshite Hills just north of Belfast. DS Tom Anderson is the senior investigating officer on the scene and Stella decides to fuck him at some point within about 0.3 seconds of meeting him. Forensic Kalinda arrives to see if it’s her pal Rose lying there like an old turd. It’s a big relief when it turns out to be some other skank who hanged herself from a tree, the ligature snapping post-mortem.

Well that was a big fucking waste of everyone’s time. But on the plus side Stella thinks she can use the unfortunate corpse girl to provoke Spector into action. She visits Pissed Tom Stagg during his monthly 15 minute window of sobriety to tell him to disregard news reports of the body being Rose.

While Paul and Sally Ann are at the kids’ party coppers sticks surveillance inside the Spector household. It’s an operation pulled off with military efficiency that hits a snag when one of the clumsy fucks puts his foot through the loft floor and crashes through into the bedroom taking half the ceiling with him. Are the jails empty in Northern Ireland? How does anybody ever get convicted? Stella thinks on her feet and tells them to make it look like a flood by sticking the water tank on. It’s far from ideal but it’ll have to do.

Upon the Spectors’ return the house is a big soggy mess so Sally Ann takes the kids to her mam’s as Paul investigates the carnage. His wank journals in the loft seem largely unmolested which is a big relief to him. It’s late by the time he gets to Skype Katie but it’s worth it. Shawty is down for whatever, man.

“Are you ready to embrace the darkness?” he asks.

“I’d do anything for you” she responds. She’s even written a fake sex diary to give him an alibi for all the murders. He gives her a primer in sado-masochism for beginners.

“If other people’s happiness pains us then why not reduce that happiness?”

He makes a good case, citing her hot friend Daisy. Someone should shut that bitch up. I think I know just the fellow. Run, Daisy!

The verdict: Daisy, Daisy give me your answer doooooo.  I’m half-crazy, my other half is poooooooooo.