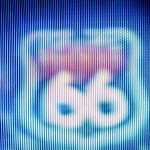 My twin loves of celebrity and television intersect at a point
of pure, infinite goodness. This is a point I call Celebrity Big Brother Bow down to the Don.

“determined to show the world she’s not just a vacuous clothes horse, she’s well on the way to proving she is….”

Still reeling from the giddy excitement of the first night,
here is Aerial Telly‘s at-a-glance guide to the contestants.

John McCririck: opinionated right-wing bigot. Wears his bigotry
on his sleeve in the hope that he will be thought of as a lovable
old curmudgeon. He will, of course, be thought of as the fat,
sweaty turd he is.

Germaine Greer: the pioneering feminist now spends her days
disagreeing with Tom Paulin on the Late Review and calling
young feminists dirty scrubbers and the like – a passion she
shares with John McCririck.

Bez: a bog-eyed fucknut who became
a walking guinea-pig for the effects of smoking 40 crack
rocks a-day for five years. The results are inconclusive.
Once opined that it was OK to kill a homosexual “if he got his fooking cock out”.
The gay vote may be split.

Kenzie from Blazin Squad: horrible little turd with no redeeming
features. He speakee de street slang but is about as much from
the street as Darren Day is. Is threatening to beatbox and
kick a freestyle. At which point I will kick a broomstick up
his bony arse, pull his spinal cord through his mouth before
flogging his soggy carcass with it.

Caprice: determined to show the world she’s not just a vacuous
clothes horse, she’s well on the way to proving she is. Used
to date Tony Adams which suggests Bez may be in with a chance.

Brigitte Nielsen: 18 ft
tall with shoulders like a quarterback, Nielsen is possibly
the most bonkers woman who ever lived. Sexually voracious,
her asylum seeking boyfriend fits in her handbag and is thought
not to expect sexual fidelity from her.

Lisa I’Anson: living in
what PJ O’Rourke once referred to as “the lonely hell
of the formerly cute”.
Once beautiful, she spoke on her preview tape of her all-conquering
sexual allure. Sorry sweetie, you’re a bit porky these days
and your face is fucked. No one’s really sure what you did
anyway apart from being an MTV clone back in the day.

Jeremy Edwards: famous for
being a minor actor, his career high-point came when he almost
married Rachel Stevens before
she realised there were single men with money and dumped Jeremy
to become engaged to a different billionaire every month. A
future trophy husband for Cheryl Tweedy.

Bring It On! Where there is harmony let us
bring discord. Celebrity Big Brother will own you all….