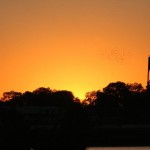 by jamdog
RTÉ One/BBC4 There’s nothing modern TV drama likes more than abducting or snuffing a teenager so it’s natural enough that the Irish would want to get in on this as well. In RTÉ One’s Amber the sacrificial lamb is Amber Bailey (Lauryn Canny) a 14 year old artsy chicklette, certainly not square but not officiously rebellious... Read More

There’s nothing modern TV drama likes more than abducting or snuffing a teenager so it’s natural enough that the Irish would want to get in on this as well. In RTÉ One’s Amber the sacrificial lamb is Amber Bailey (Lauryn Canny) a 14 year old artsy chicklette, certainly not square but not officiously rebellious or nausey. Given to painting underwater seascapes on her bedroom wall she’d probably have been into The Cure in the 80s and probably would be now if Robert Smith didn’t look like such a fat paedophile. She lives with her little brother Eamon (Chris from Homeland) and mother Sarah (Eva Birthistle) who is separated from Amber’s father Ben (David Murray). Ben’s still got a boner for Sarah which means there’s a good chance he killed the young ‘un to get sympathy shag from the ex.

The family’s perfectly sort-of-alright existence is shattered forever when Ben drops Amber off at her pal Jenny’s only she never goes in. Amber pulls a switcheroo and goes someplace that’s else, where we’re not exactly sure. No word, no trace, no sign – the Amberless hours pile up and Ben and Sarah are beside themselves then beside each other. Ben puts his hand on her tit but it’s quickly brushed aside. Their lives become a nightmarish montage of printing out flyers, police interviews and nausey public appeal press conferences. It’s every anxiety dream you had made flesh.

Some clues emerge. CCTV footage shows Amber getting on the train to town and returning but getting off at a later stop. A dredge of the shitbox canal brings up a lamp in a bag Amber was carrying on the train.  “Fucking A!” says Ben “We can get a few quid for that on eBay”. Sarah gives him the stink eye and he is suitably chastened.

A month passes, then two. We’re still stuck on Amber and there’s no sign of the little tinker. Police scale down the hunt. She’s just another runaway or death or whatever. The police have doughnuts to fry so Amber, her shitty lamp and her seahorses can just fuck right off. Ben punches a Chinaman for getting Asian with him. It’s so sad!

But all is not lost. Sarah’s sketchily employed journalist friend Maeve Flynn-Dunne (Justine Mitchell) writes a heartfelt feature for the Killashandra Sentinel jogging the public’s memory about whasserface on her birthday. It may have at some point suggested that Ben and Sarah have neglected Eamon’s needs in the search for Amber, a search quite likely to be “fruitless”. This isn’t well received at all and Sarah marches up to Maeve and gives her a sock in the jaw for her thoughtful gesture. Don’t mention it! Oh, you didn’t.

And yet 191 days after she skedaddled someone comes forward as a result of Maeve’s piece. Incarcerated scrote Terrence O’Donoghue (Ned Dennehy) tells Maeve he has information pertaining to Amber’s disappearance.  Tell me Terrence does this information involve you fucking, killing and eating her? Because if it does I see a significant reduction in the reward money.

The verdict: They’re always in the last place you look.