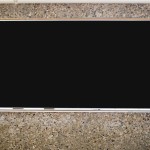 Hey, who’s that lying dead on the beach? Why, it looks like 11-year-old Danny Latimer (Oskar McNamara) local resident of sleepy seaside community Broadchurch, Dorset. He’s as washed-up as John Leslie’s career and has taken a beating like Rihanna after Chris Brown discovered she was tickling Frank Ocean‘s balls with a peacock feather. His mother Beth (Jodie Whittaker) takes it badly and blames herself for not checking on her son the night before then most of all she blames her husband Andrew Buchan (Mark Latimer) for not checking on him the night before. They call Mark the plumber because he likes to lay pipe. And also because he’s a plumber. Andy was out until 3 AM on an emergency call. OR WAS HE? Obviously not, that would be a bit too convenient. Also, see above re: laying pipe.


One of the first on the scene is DS Ellie Miller (Olivia Colman). Ellie is close personal friends with the family and her son Tom (Chris from Homeland) is his best friend at school. That way way worse than the murder of her son’s best friend is that the promotion she was promised has gone to DI Alec Hardy (David Tennant) – an outsider! A man! A scotch! She’s fuming with her boss Chief Superintendent Jenkins (who incidentally looks exactly like TV’s Juliet Bravo) for reneging on the promise that chain of command is what it is so she has to do is work with Hardy who she hardly knows on the murder of her son’s best friend.

“Also hiding something is the Latimers’ 15 year old daughter Chloe (Charlotte Beaumont) who is banging some older boy no one knows about. Still, it’s Dorset where if you survive your 11th birthday with your hymen intact it’s a fucking miracle.”

Also hiding something is the Latimer’s 15 year old daughter Chloe (Charlotte Beaumont) who is banging some older boy no one knows about. Still, it’s Dorset where if you survive your 11th birthday with your hymen intact it’s a fucking miracle. Circling the corpse like a buzzard is Broadchurch Echo junior reporter Olly Stevens (Jonathan Bailey) who happens to be Ellie’s nephew. It just goes to show everybody is connected by blood or circumstance. I expect they go “alright my lover?” to each other a lot, ask how you’re doing like they actually give a shit and notice when there’s something different about you. Sound like hell? You’re goddamn right.

But this has got good signs on it. The central mystery is set up well, they established nicely that pretty much no one is exactly on the level in the lead performances are as strong as you would expect from Colman and Tenant. It packs an emotional punch too. The scene of the Latimers’ worst wishes being confirmed as their friend DS Miller blubs hopelessly stays with you. What secrets an 11-year-old boy could have to make someone hoy his throttled corpse off a cliff is anybody’s guess but it’s a good place to start.

The verdict on Broadchurch: The most fun you’re likely to have involving a dead kid this month.