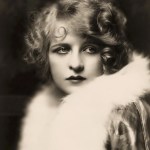 by jamdog
BBC2 Now that the last gangster has been run out of Small Heath with Peeturd Pannu’s departure how about we head back to 1920s Birmingham and reunite with the Peakoi Bloinders? Hurrah! As PJ Harvey’s To Bring You My Love blares we learn it was Secret Agent Grace shooting Campballs the Taig Killer in the... Read More

Now that the last gangster has been run out of Small Heath with Peeturd Pannu’s departure how about we head back to 1920s Birmingham and reunite with the Peakoi Bloinders? Hurrah! As PJ Harvey’s To Bring You My Love blares we learn it was Secret Agent Grace shooting Campballs the Taig Killer in the first series finale and not the other way around. I suppose in the end she just couldn’t stop killing Irishmen even if they incorrectly self-identified as British. Tommoi would be so proud. We fast forward to two years later. Two broads leave prams outside the Garrison and blow it to shit. Birmingham is known for its pub bombings and while this is not one of the more spectacular ones it’s enough to get the attention. The Irish – is there anything they won’t explode?

Freddie Thorne is well out of this life. He’s dead like a cunt from influenza and Tommoi takes the opportunity of his funeral to try to persuade Ada to come home. He plans an expansion of his criminal empire into Londung and that could make things tricky for a single mother communist Shelby girl. Ada laughs in the face of danger though and she tells him to eat donkey dick daily. “Woi wanna boi together!” she mocks as she struts off back to the Smoke. No need for that, bab.

“Woi wanna boi together!” she mocks as she struts off back to the Smoke. No need for that, bab.

Tommoi can’t afford to dwell on this vicious act of sibling abuse as he has the bombed pub fallout to deal with. He visits the Black Lion, an Irish bar in Digbeth. “Yow blew up moiii pub” he tells them through an interpreter in a disgraceful act of racial profiling. He’s right of course but that doesn’t make it any better. The simple fact is you can’t put an Irishman inside a Birmingham pub without him trying to destroy it. It’s as ingrained into their culture as bacon and cabbage, paedophile priests and shitty non-stories in their newspapers about members of U2.

Irene O’Donnell is the Fenian he’s currently addressing. Her male companion puts a gun to his head. “Well if you’re going to put a gun to my head…” he says. “Shut your fucking gypsy mouth and listen to your instructions” says Irene. Whoa, come on Irene. No need to resort to ethnic slurs you spud chomping fuck. In any event it winds up with Tommoi plugging some Mick called Eamonn Duggan at the steelworks. Labour relations were less bogged down in red tape in those simpler happier times.

Speaking of Mick killers Inspector Campballs is back on the scene, walking with a stick now but still ethnically cleansing the Irish as head of some secret intelligence agency or other. He persuades Winston Churchill (now played by Richard McCabe not Andy Nyman as before) to let him have another crack at Birmingham. He has unfinished business there.

But for now it’s down to London Tommoi, Arthur and John go. There’s a gang war between the Italians led by Darby Sabini and the Jews led by Hymie Christkiller and the Blinders need to pick a side. Tommoi chooses the Chosen People and to announce his decision he rolls up at Sabini’s jazz club. Honestly, a telegram would have done. He’s such a drama queen.

Sabini doesn’t appreciate the gesture and it escalates rather quickly into a big bar fight. Despite being outnumbered 39 to 1 and the Italians having machine guns, flamethrowers and mustard gas it’s the Shelby brothers who emerge triumphant. It’s the kind of futile yet dramatic gesture certain to send shockwaves through the criminal underworld.

Yeah, there are waves alright and upon his return to Brum Tommoi gets hit by one. He is beaten like a Chris Brown groupie by Sabini and his flunkies for about an hour, the crew of shortarse greaseballs taking it in turns to wail on him. Sabini thoughtfully throws in some complementary pre-NHS dental work that makes him look like Shane McGowan. “You shouldn’t have” says Tommoi, spitting blood and teeth “No really, you shouldn’t have”.

Just as he’s about to get killed dead in the head who should come and save him but Inspector Campballs. He’s not done with Tommoi yet and neither are we. Turns out that Irene O’Donnell is working for Campballs. I’m officially confused.

Oh and down in Londung Ada gets abducted. She’ll be getting bummed senseless if I know Italians. Deary me.

The verdict: You know it’s true, everything I do – I do it for Jew.