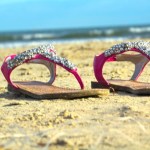 Crimes of Passion BBC4 episode 6 review | Get to Puck

“Christmas time, mistletoe and wine. Holer Swedes strangled with a washing line”. That’s right, Internet slime. As we reach the end of Crimes of Passion – Miss Marple meets Benny Hill – it’s Christmas Eve and Fuck and Eejit are staying with Fuck’s pops at Uncle Tord the vicar’s gaffe. Affable housekeeper Hjordis and mini-Fuck infant Lotta charms everyone with her precociously interest in the affairs of adults. Wait, there’s somebody at the door. Its local blonde holer Barbara Sandell. Her husband Arne is missing and she demands that the menfolk join her on her search. It is a glorious Christmas miracle when that very night he is found in his own general store, dead. “Like a cunt” the coroner confirms. He’ll be doing his retailing from behind the gates of the state cemetery from now on.

Enter Christer. “You’re a fucking jinx” he says to Fuck after hearing of the 4000th murder related to her. There are WWII Nazi commandants who’ve seen fewer corpses than Fuck. It’s a tough time for Barbara detects a full 24 hours to get over her bereavement.

She gets Eejit into her bedroom to retrieve her pearl necklace. He’s got a pearl necklace he’d like to give her. He got it in a charity shop nearby – surprisingly reasonable. In an unrelated development he also wants to spunk on her neck.

Fuck is jealous as hell. It doesn’t help when Eejit buys a dress for Barbara. She gets hella cranky and he takes the opportunity to throw Christer in her face. “Someone’s dead” she points out. “SOMEONE’S ALWAYS DEAD!” he screams generously pointing out the series premise for her. They cry like little bitches about it then they are fine. *eyeroll*

I’ll say this though: Fuck’s detective work is on point this week. By asking people what he did for a living she discovers that in addition to his business Arne was a taxicab driver as well. He’s a regular Renaissance man, if the Renaissance was peopled by cabbies, store clerks and dead saps whose wives were cheating on them. She also finds out that Uncle Turd is abysmally cuntstruck by Barbara and made a right twat of himself telling her so at length. Effing Turd – accept your incel destiny, puny mortal.

It’s a big relief for him when Barbara is found dead like a cunt in Arne’s open grave. They really should put some kind of barriers around those – it’s practically a deathtrap. As the dastardly tale is revealed it’s a fairly familiar story of blackmail, sexual jealousy and resentment. It’s Hjordis the housekeeper who offed both Barbara and Arne. Whordis is fat, ugly and working class. Jesus what a trifecta. It’s amazing she hasn’t killed more.

And so we waved bye bye to this silly but strangely diverting show. Fuck may be responsible for more deaths than malaria, Christer may be a shit Don Draper and Eejit may be a soppy twot but there’s something deeply reassuring about a world where every character is willing to throw it all away for some nookie.

The verdict: The Passion of the Christer.