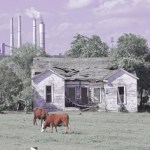 by jamdog
ITV The good thing about being in the police is you can always rely on your mates, something well demonstrated when Shott grasses up Pissed Gill to Julie Dodson for being a bony lush barely able to string a sentence together much less coordinate a team of law enforcement professionals in the North of England.... Read More

The good thing about being in the police is you can always rely on your mates, something well demonstrated when Shott grasses up Pissed Gill to Julie Dodson for being a bony lush barely able to string a sentence together much less coordinate a team of law enforcement professionals in the North of England. “Pissed Gill pissed?” says Julie “Colour me stunned.” Janet’s vicious treachery comes at exactly the wrong time as it coincides with Jill giving her 30 days’ notice for retirement. She could have kept her mouth shut. I mean, what harm can a paralytic Detective Chief Inspector do in a month?

Before we can answer that a dead shaven headed gentleman turns up on the Moors, a popular dead body dump for people from Manchester. Mike Greenholme‘s the name and being pecked at by opportunistic crows is the game. It’s been 15 years since he was last in these parts so, credit where it’s due, he knows how to make a re-entrance.

Mike Greenholme’s the name and being pecked at by opportunistic crows is the game.

Janet partnering up with that sexy knacker Chris gives them a chance to flirt like teenagers and it’s a bewitching mixture of disturbing, repulsive and pitiful. Nevertheless after some excellent policework they zero in on Callum and Eve Pritchard of Easterby Farm. Seems like Mike may have done some work for them recently – perhaps they could help?

When they arrive Callum is pissed as Pissed Gill yet he still zooms off in a purple Nissan Micra – exactly the kind of behaviour you might expect from a murderer with a fondness for motor vehicles aimed at the fashion unconscious soccer mom. Janet and Chris don’t take kindly to being fucked about by a gender fluid road user and they give chase immediately.

The country lanes are narrow and winding but the Micra is a worthless tin can shitpile and soon enough they catch up and force him off the road. He’s dead like a cunt and they are both delighted. They pose for selfies over his corpse like Hindley and Brady before phoning it in. This has just been the best day.

Speaking of dead cunts Rachel‘s mother buys it in a newsagent while buying 60 Pall Mall Superkings. Naturally enough nobody gives a fuck the old bitch is dead. CCTV footage shows customers and workers alike stepping over her body, resting their shopping on her head and using her mouth as an ashtray. That’s what a worthless piece of shit she was.

Back on the farm it seems like the Pritchards may not have got the memo about the Slavery Abolition Act of 1833. They’ve been keeping vulnerable shitbirds in a chain gang in a grain silo and working them like 19th-century African-Americans or present day Chinese employees in suicide pits created by that dead piece of shit Steve Blobs.

The slaves get all the fresh rainwater they can drink, a cooked meal on Friday and dogfood the rest of the week which is better than most in Manchester. Nonetheless the police are legally obliged to follow up as it’s just possible that Mike was the latest in a long line of Easterby Farm employees who got their severance package served to them up on the Moors with a smile, a lead pipe and a shovel.

So I guess they’ll be continuing with this next week? Christ. Wake me up when someone who isn’t working class gets killed yeah?

The verdict: Serfing time is here.