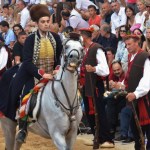 by jamdog
E4 We left Janine the Fake Vet dead as a Geldof after an all-you-can-snort buffet. Miraculously though she’s been brought back to life which sounds great but she’s kind of in a shitty coma. Even worse she has listen to Annie cunting off like a toddler about what it’s like to be in a coma.... Read More

We left Janine the Fake Vet dead as a Geldof after an all-you-can-snort buffet. Miraculously though she’s been brought back to life which sounds great but she’s kind of in a shitty coma. Even worse she has listen to Annie cunting off like a toddler about what it’s like to be in a coma. Janine may have been a boyfriend stealer and criminal but no one deserves that.

Janine has listen to Annie cunting off like a toddler about what it’s like to be in a coma.

Speaking of criminals Rob and Dominic‘s Great Horsebox of Crime gets fucked over by armed gunmen costing them £50,000 of gear (tobacco as it turns out). Their criminal overlord suppliers are like “fuck you, pay me” and Dominic, still stinking of Ruth the Slut’s Daughter‘s crack juice, comes up with a wizard scheme: get Tina to throw a horse race.

Tina “drugs could ruin my career” Fallon is thrilled beyond measure at the chance to ride Champion the Wonder Horse #2 Blackout. It’s great news for Jackie too because when Tina rides Blackout to his inevitable victory she can flog him and save the farm. Rob is keeping the throwing the race thing quiet for now. Tina looks so happy! Be such a shame to wreck that, particularly if he can get a bunk-up first.

Meanwhile the completely law abiding travelling community are being viciously harassed by the corrupt  police. Joe Blow the Gypsy is arrested purely because of his race (and because his DNA was found on the necklace and all over Janine’s house). Joe was some kind of step daddy figure to Slut’s Daughter and bad feeling still lingers. He tells her she’s a gorger which for some reason seems to offend. “I’m not a gorger or any kind of binge eater!” she protests. Yeah, you tell him girl.

Carehome Chris gets a message concerning Cal only it’s Eli who gets to read it. Never the sharpest tool in the box he agrees to meet the sender at Old Hungerford Bridge. Eli gets brained with a branch by a mystery assailant who turns out to be Ruth’s police partner Ian. What could a young policeman possibly know about murdered rent boys? OH…

Back at the racetrack Eli informs Tina of her mission and like the good little girlfriend she is she throws the race like a trooper. Not much chance of getting a second run out now so in a way drugs have ruined her career after all.

Even more implausible drama ensues when Slut’s Daughter abandons her child Slut’s Granddaughter to enter into a footrace with The Yellow Car of Doom. Despite starting 100 yards behind, wearing inappropriate footwear and not being in a car she catches up after a 3 mile chase. She drags the driver out and it’s some nine-year-old ginger freak. “So you’re the killer!” she says and has to be dragged off him by six officers. Jesus Christ she’s a dumb bitch.

She finally remembers the toddler she abandoned about half an hour back. When she returns Eli is literally holding the baby. He tells Slut’s Daughter the worst parable in history about four cocksmokers and their sister who invented the violin like anyone gives a fuck what he thinks.

Slut’s Daughter doesn’t know much about violins but the message she takes from the story is that she has to immediately tell Tina that Rob was fucking Janine. Tina’s had better days. To cheer herself up she puke purges and goes horse riding with Eli. She does love a big warm animal between her legs.

We are still no closer to finding out who killed what’s-his-face but, on the real, do we care?