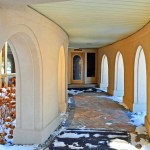 by jamdog
ITV It’s been a while now since we left the young DC Endeavour Morse (Shaun Evans), shot through the tits with a freshly dead pops to bury. We backed away gingerly like your girlfriend does at Christmas after attempting to visit the bathroom after your father. It’s four months down the line and while the... Read More

It’s been a while now since we left the young DC Endeavour Morse (Shaun Evans), shot through the tits with a freshly dead pops to bury. We backed away gingerly like your girlfriend does at Christmas after attempting to visit the bathroom after your father. It’s four months down the line and while the stink has cleared he’s still a jittery PTSD piece of shit as he rejoins DI Fred Thursday (Roger Allam). And yet life in Oxford must go on. There’s a by-election where Labour candidate Barbara Batten (Beth Goddard) is gunning for victory ably supported by her ex-military husbland Captain Cuntface (Jonathan Coy). Add to that the Miss Great Britain heat with the reigning Miss GB Diana Day (Jessica Ellerby) on the judging panel and it’s a whirlwind of activity for the over sensitive Endeavour who’s just had more holes pumped in him than a girlfriend of Oscar Pistorius who’s just pulled the “I know – I’ll put on a ski mask and pretend to be an armed intruder. He’ll love that!” move.

It’s four months down the line and he’s still a jittery PTSD piece of shit as he rejoins DI Fred Thursday.

That’s just the start of it. At a nausey parade celebrating 900 years since the last conquest of England Barbara Batten’s hot daughter Kitty (Jessie Buckley) spunks a load of a fake blood over Diana Day. She’s one of those women’s libbers, y’ken, enraged at another sexually attractive woman getting all the attention. An understandable reaction yet they are both upstaged by the corpse of private detective John Pettifer plummeting from the heights onto an innocent parked car. This’ll take some explaining. What’s your story, John?

Pettifer drove a Lincoln Continental like Hank from the Sugarhill Gang on Rapper’s Delight, specialised in catching cheating husblands for suspicious wives and had a handy sideline in blackmailing the ones he caught. In other news some young broad Frida Yelland (Tieva Lovelle) has been missing for two weeks but I’m sure that’s nothing.

In a distraction Endeavour could frankly do without there’s a robbery of priceless relics from Beaufort College. Dr. Matthew Copley-Barnes (Jamie Parker) is the unbearable academic nob who addresses the investigating officers, all hoity toity. He’s every inch the sneering condescending fuck but Morse brutally turds him with his archaeology knowledge and makes him look a right cunt, yes, a right Mister Confused.

The burglary provides the key to the case. The crooks entered the college through the underground tunnel through which Trill Mill Stream runs. Upon investigation the cops trip over the wet yet stiff corpse of the now no-longer-missing Frida Yelland. The mystery begins to unravel.

It turns out Frida was Captain Cuntface’s daughter and he accidentally fucked the shit out of her one night and had absolutely no other option than to kill her to death. He did this with the help of his Masonic bum chum Val Todd (David Westhead), Diana Day’s manager and his henchman Tony Frisco (Liam Garrigan).  Quite apart from hanging out the back of his daughter Captain Cuntface was looking to keep quiet a Don Draper/Principal Skinner style battlefield identity theft and when Pettifer, sniffing for evidence of adultery, witnessed Todd bringing Frida to her death he had to get popped as well.

On the real though the captain’s daughter was pretty hot and he probably would’ve fucked her anyway if he’d known beforehand.  In a triumph of wincest and the progressive attitudes of the times Barbara and Kitty Batten lez off for the coppers. Endeavour chuckles to himself as he heads back to his digs to load up on antianxiety medication. “Oxford! Woddyeloike??” he says shaking his head as we fade to black. That’s a question we hope to answer over the next few weeks.