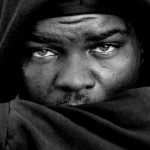 Luther Series One review | The finale

by jamdog
Aerial Telly, television maven, gives the thumbs up to the Luther Series One finale

OK, so where have we got to? Paedo in a coma woke up and shouted “Luttt-TTTTTHER!” Fred Flintstone style, apparently with enough brain activity to tell the Federales that Loofs had let him slip to his doom.  This was always a bit of a red herring.  No witnesses, no incriminating forensics, just the word of a serial killer baby rapist with a mashed brain against a distinguished if plainly nuts detective.  In any case, Mad Alice killed Henry Madsen before he could start singing.  She’s taken quite a shine to Loofs which came in handy in the finale as John “this doesn’t add up” Luther, framed for his wife’s murder and on the lam, seeks to clear his name and put a punching and a crunching on the real murderer, his former BFF, DCI Ian Reed who’s been balls deep in diamonds and corruption for the longest time.  Got time for another 60 minutes of pushing, shouting and Juliet Bravo clichés? DO I? Yeah, I do zappens.

Luther is mad vexed.  You thought you’d seen him mad when he demolished the lounge room door when Zoe taped over Police, Camera, Action! or turned his office into powdered dust like Ben Grimm The Thing when the photocopier jammed but no.  Now his wife’s been killed, he’s in the frame so yes – he’s proper miffed right now. As he cradled his murdered wife in his arms and the armed units closed in, he realised what a gwan. “Oh Ian, Ian, Ian – what have you done?” He’s framed you John, John, John – GTFO off there.   So with the quickness he was dipping up the block like Biggie in Gimme the Loot. Scattoh!

“Mark will now never get a chance to again thanks to ‘Ian’ and his ‘locker’. By which I mean his ‘brutal killing of Zoe who Mark was fucking in his own depressing, inept, apologetic, Amnesty International way'”

First thing to do is steal the incriminating gun from Ripley by car-jacking him then punching him in the tits.  He does this with the help of Mad “what’s her game?” Alice who then kidnaps Zoe’s borefriend Mark North (Paul McGann). Mark, when presented with Luther, does the shouty, pushy, kick and shove “MURDERER!” thing only to be placated when Loofs tells him he never done it.  Now all he has to do is get Mark to commit grand larceny and pervert the course of justice by stealing the diamonds from Ian’s locker.  Mark is all “OK boss” because he was putting his cock in Zoe as well and will now never get a chance to again thanks to “Ian” and his “locker”.  By which I mean his “brutal killing of Zoe who Mark was fucking in his own depressing, inept, apologetic, Amnesty International way”.

It all ends up with a stand-off between Ian and Loofs.  “You want the Loof?”says John “YOU CAN’T HANDLE THE LOOF!”1 while monologuing about how killing is just bad m’kay.  Keen to live out the last scene of Se7en, Ian tries to goad the armed Luther into plugging him by talking about how he was putting his cock in Zoe along with the South African Rugby XV, Max Gogarty, Paul “Celebrity Love Island” Danan and Steve “former Brighton manager” Gritt.  When Luther refuses Ian pulls out a knife and gut stabs him then starts kicking him up and down the platform screaming “look what you made me do!”  which is a bit rich all things considered.  None of it ends well of course because cackling Mad “she’s crazy!” Alice rolls up in this piece and shoots Ian in the tits at point-blank with a 400,000 bore shotgun blowing his chest cavity open.  Dervish with a smile.  Diamond Shite is wormfood.

“So with the Feds closing in, Luther has the dead body of his wife’s killer, his homicidal platonic Nietzschean mistress donned in a knitted beret holding a smoking gun and a grieving liberal piece of shit looking more ‘Withnail’ than ‘I’.”

So with the Feds closing in, Luther has the dead body of his wife’s killer, his homicidal platonic Nietzschean mistress donned in a knitted beret holding a smoking gun and a grieving liberal piece of shit looking more “Withnail” than “I”. Fade to black.

It’s been an odd little series – hysterical, noisy, often formulaic. It’s the relationship between Luther and Mad Alice that saves it. That sexual frisson, that intellectual ping-pong, that Easy Silence between them, where both are safe in the knowledge they are exactly as brilliant and batshit crazy as each other.

Series two needs to put more work into the monsters of the week as they have mainly been as dull and insipid as real-life murderers.  But while Loofs and Alice continue their 2010 Bonnie and Clyde double act it will remain a necessary evil on the viewing schedule.

The verdict on Luther Series One finale: They said he was nitroglycerine but I wasn’t listening.

1 May not resemble actual scene.