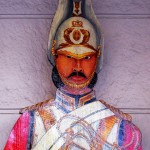 by jamdog
BBC One As we pick things up in The Crimson Field Jock the Doc pounds his johnson to exhaustion to the memory of Craplin coming out of the ocean in her under things and many viewers are right there with him. Honestly though it’s like Piccadilly Circus here – if Piccadilly Circus were a military... Read More

As we pick things up in The Crimson Field Jock the Doc pounds his johnson to exhaustion to the memory of Craplin coming out of the ocean in her under things and many viewers are right there with him. Honestly though it’s like Piccadilly Circus here – if Piccadilly Circus were a military hospital – comings and goings aplenty. A Belgian carries a child into camp and remarkably it’s one of the few Belgians who isn’t a paedophile. His kid Mathilde got burned by a stove and when a book of German poetry spills from his jacket Sister Joan keeps her yap shut about his disgusting Goethe groupiedom. Turns out the kid’s dead mom was a Kraut and this almost interesting development brings forth the revelation that so too is Joan’s banger. The two bond over their love for German sausage as the untreated infant howls in pain. He promises to give her the German mail hook up to write to her Herr offering her peace of mind in difficult times and guaranteeing her a tarring and feathering when the war’s over. “Ich bin ein Bratwurst muncher” she declares proudly and tongue kisses her fiancé’s ring (the one that hangs around her neck. You people.)

The two bond over their love for German sausage as the untreated infant howls in pain.

As the astounding war novels of Sebastian Barry bear witness many Irish men served the British Crown in the First World War. Let’s meet a couple shall we? Sergeant Aloysius McCafferty (Lorcan Cranitch) has a surrogate son boner for his countryman Lance Corporal Enda Peach (Kerr Logan) who visits the hospital to get some shrapnel pulled out of his arse. Back home Peach Cobbler’s ma is getting shit for being a Brit supporter and he wants to GTFO to be by her side. McCafferty nixes his request for compassionate leave and tells him to suck it up. McCafferty gets a major sprained vag over it and takes counsel from Sister Dan Quayle who knows a thing or two about protégés knifing her in the back.

Peach Cobbler fumes and begins to agitate among the other Micks. “Dere’s one rule fer us and another rule fer dem. And the rule for us is shoite because dat’s what dey tink we are. SHOITE!” In a bucket perhaps? When McCafferty comes along to lay down the law and bids them pledge loyalty to King and cuntry Cobbler tells him “He’s not the King of my fucking country to be sure so he’s not!” earning him a sock in the jaw from the craven King worshipper. There’s a weird bit later where Cobbler stands bollock naked on parade and McCafferty has to disappear behind a tent to hide his semi. From such inauspicious seedlings did modern Irish republicanism arise.

Cobbler stands bollock naked on parade and McCafferty has to disappear behind a tent to hide his semi.

But say, who’s this perky contender with one hand accidentally shot off? It’s Private Albert Nicholls (Phil Cheadle) but evil Major Yelland (Nicholas Burns) says the amputation was self-inflicted and Nicholls will be heading for court martial. Yelland is also infecting men’s wounds by making them rest – that toff makes me SO angry. He’s utterly determined to hack off Private Mostyn’s leg but Doc Jock won’t have it. An officer’s tent slanging match between the two nearly ends in teh violence but Yelland is all “you can’t fight in here – it’s the war room!”

The coward Nicholls is rightly taken to his court-martial and certain death. From now on he’ll be doing his cowardice from behind the bars of the military cemetery. Or wherever they bury traitors – I don’t really know and I can’t be arsed looking it up. You get the picture though: Nicholls will be shooting no more of his hands off. Even if he were alive the logistics would be challenging.

In other news Rosalie has noticed that Foley is putting his cock up other blokes’ arses on the dunes and tells him to watch it which is pretty good advice considering she’s a complete cabbage. Jock meanwhile tells Craplin that he’s been “alarmed” ever since she arrived. By which we understand he means he liked to clean her cervix with his face. I’ll pay a nickel to see that.