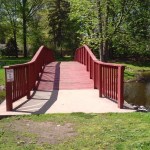 by jamdog
BBC4 If nothing else Crimes of Passion has established that all Swedish woman look like Agnetha Fältskog and all Swedish men look like Olof Mellberg. No wonder they’re always at it. This week Fuck and Eejit find a window in their punishing shtup schedule to visit the country estate of Rödbergshyttan to meet Christer‘s fiancée... Read More

If nothing else Crimes of Passion has established that all Swedish woman look like Agnetha Fältskog and all Swedish men look like Olof Mellberg. No wonder they’re always at it. This week Fuck and Eejit find a window in their punishing shtup schedule to visit the country estate of Rödbergshyttan to meet Christer‘s fiancée Gabriella. At last some lucky girl has got the carefree bachelor to settle down. They exchange the cursory nod and smile that the worldwide freemasonry of the sexually attractive always greet each other with and in the shake of a pheasant’s tail it’s time to meet the relatives.

Watch out everyone, it’s Jan-Axel, Gabriella’s dissolute playboy pops – don’t leave the family silver lying around when he’s about! Or do – like I give a shit. Then there’s lovable Uncle Otto and his flirty holer wife Helene – she’s no spring chicken but she certainly knows how to cluck!¹ In the Waiting to Die enclosure we meet that fortune telling fuck Great Aunt Fanny and 3000-year-old paedophile Great Uncle Fredrik. The party atmosphere is somewhat spoiled when the remains of Gertrud Uddgren – local gypsy holer who disappeared some years back – are discovered in a Rödbergshyttan earth cellar by her son Björn.

It certainly ruffles a few feathers in Rödbergshyttan, notably when it prompts Fredrik to rewrite his will sidelining Otto and Jan-Axel in favour of Björn, Helene and local GP Doctor Severin. When Fredrik gets fatally poisoned the next night some people see the two things as related in some way. As if!

Soon enough the findings from the autopsy on the earth cellar remains are in. “Gertrud was a major hooer” Doctor Severin confirms “Everyone was sticking it to her, even me”.

Christer is given pause by the revelation particularly when Severin is shot through the tits shortly afterwards. Christer barely has time to process this before he discovers that Björn was putting his cock in Gabriella from when they were teenagers and he still is. If a man as handsome as Christer can get cheated on then what hope for the normals?

So it is a clinically depressed doom laden Christer who reveals that it is in fact lovable Uncle Otto who’s been doing all the killing. He was in love with Goodtime Gertrud – so much so that when she wouldn’t murder their foetus like a character on Breathless he killed her. Fair enough really. Then he killed Fredrik because he threatened to dob him in and Doctor Severin for being a nerd who read books and shit. Otto explains to the gathered throng how much he loves everyone which is why has to kill them. At the end of his lengthy emotional mea culpa he looks up and sees that he is addressing an empty room as they’ve all gone off to fuck each other.

“Toffs!” he chuckles as he loads his cardigan with stones and walks into the lake Virginia Woolf style.

Christer takes Helene away to Stockholm to fuck the pain away. She’s no Gabriella but she’ll do. “Every hole’s a goal” he tells Eejit solemnly before driving off to engage in nihilistic hate sex to numb the agony of his futile existence. He’ll be back for more laughs next week, raw but none the wiser.