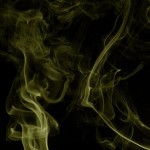 by jamdog
Aerial Telly explains why 24 season 8 is agreeable

I still look forward to a new season of 24.  What will those crazy bastards throw at us this time?  A slippery careerist by-the-book Director of CTU?  Check (Mykelti Williamson as Brian Hastings).  Jack and Chloe going rogue following a lead by-the-book Director didn’t take seriously?  Check.  Peace accord reaching President in peril?  Check (Anil Kapoor, last seen playing evil quiz show host Prem Kapur in Slumdog Millionaire, as Durkadurkastan President Omar Hassan).  Jack tied up and tortured?  Check (this time by Herc from The Wire, the Western district way, after an amusing misunderstanding about a murdered cop).  CTU may be in New York now but the more things change, the more they stay the same.

“The President’s brother and chief of staff, Farhad (Akbar Kurtha) is not so crazy about the deal and plots to blow his brother’s tits off with the aid of Russian gangsters. Don’t raze me, bro!”

So here’s what we know.  Leader of the free world and history’s most boring President Allison Taylor is about to sign an agreement with Durkadurkastan’s President Hassan which will dismantle his regime’s nuclear capability and in return give his country access to America’s fast-food chain restaurants, 500,000 cable channels and violent underclass. His brother and chief of staff, Farhad (Akbar Kurtha) is not so crazy about the deal and plots to blow his brother’s tits off with the aid of Russian gangsters. Don’t raze me, bro!

Farhad is all about the struggle, you see.  Specifically, the struggle to get weapons grade uranium, get the Durkastanis a nuclear arsenal and finally face the great Satan across the table as an equal.  Naturally, once Jack gets wind of this he gets sucked in to the effort to stop the nuke-gitting. It’s too bad really because he was just about to get on a back plane to Cali with Kim, her borefriend and their daughter.  But when Armageddon needs averting who you gonna call?

“You know you’ve overstepped the mark when Jack Bauer tells you you’ve gone too far. That’s like Billy Crudup telling you to show your girl some consideration.”

He’s joined in his mission by such CTU boffins as Data Analyst Dana Walsh played by Katee Sackhoff, last seen disappearing in a metaphysical puff of smoke on Battlestar Galactica.  Dana has a secret past, scrote ex-borefriend and a thing about wearing cocktail dresses to work.  You wonder what her fiancé CTU operative Cole Ortiz (Freddie Prinze, Jr. surprisingly not annoying at all and actually quite good) will make of that.  My guess is he’ll be PISSED.

Oh yeah, that Renee Walker chick from last year?  She’s back and fucking mental. Homegirl had some kind of breakdown, now she’s back undercover with Russian hoods and she’s taken some dude’s thumb off with a buzzsaw.  You know you’ve overstepped the mark when Jack Bauer tells you you’ve gone too far. That’s like Billy Crudup telling you to show your girl some consideration.

They are talking about a ninth season of 24 and I don’t know if I could take much more. I’m still on board the 24 shuttle and regard it as one of the best shows of recent times but I think it’s time to start winding it up. There are new ways of doing drama out there just waiting to be discovered.  Time for 24 to enter the television hall of fame and let the new breed have their shot.

The best thing about it: Jack’s remarkable recovery from his terminal illness at the end of season 7.

The worst thing about it: Allison Taylor – dull enough to be a real-life politician.

The World Cup has been kidnapped and molested
Previous Post
Party Down season one review | Having fun? YES.