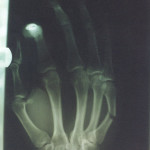 by jamdog
ITV After the events of the first Undeniable where Crazy Jane tried to pin her mother’s murder on innocent oncologist Docturd Rawlins his  soliciturd daughter Emma is out for blood. She’s suing Birmingham City Police, an organisation which hasn’t existed since 1974, so you know she’s not effing about. Alison could have done without this... Read More

After the events of the first Undeniable where Crazy Jane tried to pin her mother’s murder on innocent oncologist Docturd Rawlins his  soliciturd daughter Emma is out for blood. She’s suing Birmingham City Police, an organisation which hasn’t existed since 1974, so you know she’s not effing about. Alison could have done without this with 35 seconds of her career left and it makes her look a right Mister Confused, know what I mean?

But Crazy Jane is not the kind of woman to take “stop framing my father for murder” for an answer and she gets to stalking the good Doctor, rummaging around his bins, his past and his online footprint. For his part Rawlins is pissed at Emma for not fully 100% believing him. Forget the harassment claim, he tells her, I just want to move on. And the next time one of his patients comes forward to accuse him of murder, try being a bit more supportive, yeah? Well that told her.

We don’t have to wait too long for a second occurrence. A nurse from Saint Winifred’s Central Hospital rings Ali to tell her about the time Rawlins got all rapey with her when she was a student years ago. It seems our boy had a few boundary issues. And there were rumours. Bad rumours, like a shitty Fleetwood Mac tribute band.

Crazy Jane’s investigations are turning up some juicy stuff as well. She looks up his first wife, Emma’s mother, and although she isn’t around when she calls her current husbland tells her Rawlins gave her a good pasting every night causing a miscarriage after  one particularly memorable ass kicking. Jane passes this on to Isabella who says NO – that “mom” woman is just a big pisshead as is step daddy. She won’t hear a word of it. And yet, and yet…

Crazy Jane’s continued neglect of the daughter means her completely dickless husbland moves the kid out for a few days. It’s a rough time for her so she harasses Ali into giving it one more shot against Rawlins. Ali reluctantly agrees and buys herself a suspension with 15 seconds of her career left.

All seems lost which is a good time for Emma to visit her mom to tear a strip off her and to look her in the eye and make doubledamn certain that there was NO ass kicking induced miscarriage and NO nightly beatings from Doctor Pops. And although she denies it, moms is a really shitty liar. It becomes clear that, pissed as he was, step dad was telling the truth. And ma kind of always knew Rawlins was the murderer. Which he is. A bone marrow transplant changed his blood DNA. Saliva DNA on the other hand will tell the full story of how he fucked up Crazy Jane’s mom with a rock. Everybody exhale.

He gets arrested and this time…

It is UNDENIABLE. Docturd Rawlins is fucked.

The verdict: Oh Doctor, I’m in trouble. (picks up rock)