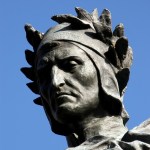 The Fall series 2 episode 2 review | Up the Dante

by jamdog
BBC2 While Stella has sex dreams where she kills Paul who then turns into her da’ who has the voice of Dead James Olson Paul is busy forcing Rose to write a note to her pissed husbland. Once that’s done he skedaddles out the door with her, so he does. Her daughturd Nancy witnesses the... Read More

While Stella has sex dreams where she kills Paul who then turns into her da’ who has the voice of Dead James Olson Paul is busy forcing Rose to write a note to her pissed husbland. Once that’s done he skedaddles out the door with her, so he does. Her daughturd Nancy witnesses the abduction but thinks “Fuck it – I’m not getting out of bed for that bitch”.

“You made my life very difficult” Paul tells her. He feels betrayed. Well she did… do that thing, remember. He takes her to his shitbox lair in the middle of nowhere which you’ll remember from the first series as the place where Paul takes mannequins to beat them to fuck. From there he shoots off to his Shankill Road lockup to store her car. While he’s there he produces a memory card with some camcorder footage and stuffs it behind the plug socket like his name was Walter White. You really have to be impressed with how he’s expanding his serial killer repertoire.

You really have to be impressed with how he’s expanding his serial killer repertoire.

And yet if you thought he was neglecting his work then you’d be wronger than a girlfriend of Oscar Pistorius who thinks “I’ll just nip out for a piss while he’s on the balcony – that should be fine”. Paul hops, skips and jumps into the Alice Monroe Memorial fund to do some grief counselling for Annie Brawley. Early on in their talk she confesses subscribing to the adult website where she told the world she was up for banging butcher’s assistants three at a time and wonders if in some way she invited the assault?

“There’s a world of difference any between what consenting adults choose to do in the bedroom and the violent sexual assault you suffered…” he tells her.

“When I rubbed my winky against your foof!” he then mutters under his breath.

He tells her it’s good to put these things behind her. She feels good about that. He knows his shit. There’s something familiar about him though? She can’t quite place it but no doubt it will come back to her.

Over at Rose Stagg’s her little girl Nancy finally blabs about Peter Piper and his pickled peppers.

“I’d like to pickle HIS peppers” says Stella. Tumbleweed.

“I’ll be honest – I wish I had more time to work on that one.” she tells her stonefaced colleagues.

Meanwhile in domestica all the shit going on with Paul and Katie finally gets too much for Sally Ann who friendzones him permanently and plans to murder their unborn child and you know how protective he is over the unborn.

Still, now he’s single he gets Katie all to himself in a hotel room. She reads Dante’s Inferno to him in Italian and he responds to this romantic gesture by choking her out until her eyes roll back like fruit machine cylinders finally stopping on two lemons. Her mouth opens and start spewing 50p pieces into his lap. The weird thing is the crazy bitch can’t get enough of it and it doesn’t quite work for him when his victim enjoys it this much.

He agrees to fuck her to shut her up. In a brutal twist though he ties her up and quotes Camus at her.

In the biggest break Stella has had so far forensics pull Paul’s palm print on the weapon. She recognises his face from the station and listens to his interview on file. He such a dreamboat!

And her dreams come true when Paul gives her a call Rose’s phone.

“No one can outwit death” he says cryptically and she melts. She’ll probably let him go free if he agrees to bang her.

He drives off with Rose wailing in the boot. Stupid Rose. She’s so shit.