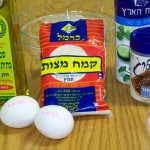 by jamdog
BBC Two Many of you cockmouths will remember Hugo Blick from the lauded but laughable The Shadow Line, a show that needed a slap more often than ITV’s World Cup co-commentator Clarke Carlisle. Well now he’s back with espionage 8 parter The Honourable Woman. Say hello to Nessa Stein (Maggie Gyllenhaal) – 9 years old... Read More

Many of you cockmouths will remember Hugo Blick from the lauded but laughable The Shadow Line, a show that needed a slap more often than ITV’s World Cup co-commentator Clarke Carlisle. Well now he’s back with espionage 8 parter The Honourable Woman. Say hello to Nessa Stein (Maggie Gyllenhaal) – 9 years old or thereabouts, enjoying breakfast in a swanky hotel with her brother Ephra (Andrew Buchan) and her Zionist dad Moses Stein Hajikiller. It’s all going swimmingly until a Durka waiter stabs her father in the throat with some serving tongs as Nessa and Ephra tuck into their croissants. “Tough break, pops” she deadpans as her father bleeds out and she does the square root of fuck all to stop it. I don’t know this Nessa cunt but if some of the things I say about her are true she comes across as a real bastard. The Durka gets popped and we roll the titles – very Homeland if you follow these things.

Fast forward 29 years and Nessa’s just been made a Baroness. Having put paid to her mother in childbirth it’s clear that Nessa is a ruthless killer who played a key role in both of her parents’ deaths and that she’s not to be fucked with. She and Ephra took over their father’s cuntpany and changed it from the KillDurka Bullets and Bombs Corporation to the Friendly Internet Cross-Party Consensus Co-operative. She has a vision of Palestinian children using high-speed fibre-optic Internet to watch donkey porn, read how Israel was behind 9/11 and make rape threats against Western women columnists. She’s willing to do whatever it takes to make it happen.  It’s lucky she hasn’t got any more parents left to kill.

To announce her plans she gathers a roomful of nobs in the same hotel her father was killed in because the memory of those tongs sticking out of his neck twanging like a tuning fork still cracks her right up.  The Stein Foundation are rolling out the high-speed Internet into Palestine and it is just a formality that the contract will go to old family friend Shlomo Zahary (Yigal Naor). But being the rat bastard she is Nessa flips him the bird and gives the gig to Palestinian businessman Samir Holocaustdenier. It turns out Uncle Shlomo’s been unwittingly funding Hezbollah for years and I think it’s safe to say none of us saw that coming. He’s pretty pissed about it, understandably.

But it’s a great day for Holocaustdenier who celebrates by hanging himself with a Palestinian flag. Autoerotic asphyxiation? Suicide? MURDER? He left a note right enough. It said “Help! I’m being killed! The gas chambers were a fiction – death to Israel!” It’s a puzzler.  Investigating it all is Hugh Hayden-Hoyle (Stephen Rea) soon to retire MI6 piece of shit with a nausey ex-wife (Lindsay Duncan) and a gigantic bug up his crack.

Deflated by the death of Holocaustdenier Nessa moons over weird home videos of her childhood trips to the cemetery to gloat over the grave of the mother she killed. She cheers herself up by attending a concert by a Palestinian violinist. It’s not her best decision.

Nessa moons over weird home videos of her childhood trips to the cemetery to gloat over the grave of the mother she killed.

Because just as the concert is about to start the lights go out and the fire alarm goes off. It sounds mental. Pandemonium rages. Her friend Atika‘s son Kasim gets kidnapped by Durkas. Nessa spots a dude with Kasim and gives chase, her womble nose tits flapping helplessly beneath her dress in the wind. She chases them for 8 miles across town. “Stop!” she screams “Get back here you Durka shit! I’ll chop your fucking balls off and bury you in bacon, I swear to Christ (who we totes killed, fyi, so don’t test)”.

The perpetrator is just about to blow her chest out when her bodyguard Nathanial Bloom (Tobias Menzies) drops him with a handgun. He’s looking pretty pleased with himself until he himself gets plugged a couple of times and motorcycle bad boys scoop up Kasim and GTFO. Nessa hares off after them and probably only gives up after 25 miles.

Looks good this. It’s already significantly less ridiculous than The Shadow Line and Gyllenhaal is impressive as vicious Internet fixated killer Nessa. Her English accent is on point and she hasn’t pissed me off yet. She’ll never top Secretary obviously but who could? Eight episodes seems ambitious but eff it, it’s not like we’ve got anything else on.

The verdict: Respect is Jew.