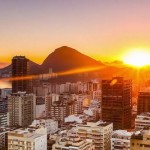 The multiple betrayals and sins of omission she has endured thus far only strengthen Nessa‘s resolve to bring donkey porn and LOLcats to the Durkas. With Jalalalala El-Amin at her side she’s ready as she’ll ever be to roll out Phase 3 of the cabling initiative. A trip to the West Bank should be the tonic for her – after all her last visit there went so well. She liked it so much she stayed for a whole year. First though she pays a visit to the wife of the rapey rapist from the previous episode. “Hey slut – what’s blonde, 5’7 and got a rapey husbland?” she challenges. It takes a while but Mrs Crace figures it out. Breaking up a happy home is the most fun Nessa has had in weeks and it sets her up grand in a holiday mood. Off to the Holy Land. Spring break! Woooooo!

Back in Engbland Atika gets to boning Ephra (because he’s such a catch) and after spiriting themselves passed the worst security detail in history they go for a drive to his booty call cottage. The sex is as intense as it is hard to watch and that’s significantly. It’s a bit awkward when Jen from the IT Crowd discovers them, having got past the worst security detail in history dressed as a tree with a false moustache and glasses on. Oh Ephra’s got some explaining to do now!

Jen from the IT Crowd discovers them, having got past the worst security detail in history dressed as a tree with a false moustache and glasses on.

Luckily, we never get to hear his wank explanation as Rapey Bacon Face shoots him twice through the throat. It transpires that Atika was in on it all along and set Ephra up with her 45-year-old vagina as the honey pot. Jen didn’t sign up for any of that though and she pumps 99 rounds into Bacon Face whose hog is well and truly cooked. “You killed my husbland” she tells him. “Well, durr” he says with his dying breath.

It’s a busy day for Jen as she goes into labour. It’s a beautiful baby goy! She’s lost the cheating husbland but gained a baby. Always nice to finish ahead.

Over in the Best Wank El-Amin’s got a killer dose of the shits and he feels even worst after Nessa’s shitty speech at the Phase 3 opening ceremony. Nessa senses something wrong after El-Amin is a little too eager to hop in his car and jump away after the formalities are dispensed with. “Something’s wrong” she says. Yes, this entire fucking series. In a heartbeat she’s chasing after cars again just like she did at Hasbeen’s abduction. Her instincts are correct. A mighty explosion from a booby-trapped digger sends body parts and fibre-optic cable a thousand feet into the sky. Effing Durkas, man.

All of this leaves Monica Chatshit needing to cover her tracks. She  tells her Israeli separatist contact to claim the dual assassinations which they do. Then she kills their leader Levi. Job’s a good ‘un.

But Hayden-Hoyle is on to her. He figures out that special advisor to the secretary of state Kate Larsson is Chatshit’s American hook up. We finish on Hayden-Hoyle rewinding tape of Kate saying “she has agreed” just like the final message of dead Samir Meshal.

The verdict: If it’s not love then it’s the bomb that will bring us together.