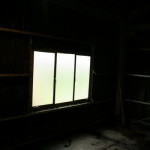 by jamdog
BBC One I’ll tell you this much: I don’t  think Happy Valley is going to be “happy” at all. Certainly not if its protagonist Sergeant Catherine Cawood (Sarah Lancashire) is anything to go by. Living with her smackhead sister Clare (O’Brien from Clownton Abbey), raising her dipshit grandson Ryan (Chris from Homeland) and extinguishing worthless burning chavs on... Read More

I’ll tell you this much: I don’t  think Happy Valley is going to be “happy” at all. Certainly not if its protagonist Sergeant Catherine Cawood (Sarah Lancashire) is anything to go by. Living with her smackhead sister Clare (O’Brien from Clownton Abbey), raising her dipshit grandson Ryan (Chris from Homeland) and extinguishing worthless burning chavs on the local sink estate it’s a rum old life for her. She does have a pretty good relationship with her ex-husbland and soon-to-be ex-journalist Richard (Derek Riddell) though. She’s still hitting that and by-the-by Richard informs her that their dead daughter Becky’s rapist Tommy Lee Royce (James Norton) has been released from prison. Becky hanged herself aged 18 unable to face raising the rapey son of a rapey rapist. Catherine could never prove anything and it was unrelated drug offences that sent Royce away for eight years but suffice to say she’d like to annihilate the turd for good. That Ryan’s a right little fucker too – kicking off at school, talking greazy to the teacher and stealing pennies off Sylvia Plath’s grave. No wonder Catherine’s got that recently waterboarded look about her.

But maybe local Nevison Gallagher Associates’ accountant Kevin Weatherill (Steve Pemberton) is having a happier time? Nuh-uh. He’s desperate to send his two daughters to Saint Kardashian’s Finishing School for Posh Bitches – guaranteeing them a lifetime of anorexia, substance abuse and clinical depression – but the fees, much like Catherine’s grandson, are a bastard.

He’s desperate to send his two daughters to Saint Kardashian’s Finishing School for Posh Bitches but the fees, much like Catherine’s grandson, are a bastard.

Kevin figures his gaffer Nevison Gallagher (George Costigan) could front him a pay rise. Kev’s old man started the firm with Gallagher and always felt he was stiffed out of his half of the company so a pay rise would really only be due recompense. Nevison takes a different view however and turns him down. The bug up Kevin’s crack about the historical injustice grows exponentially. Any bigger and it’ll get its own feature icon on Google Earth.

So naturally the next logical step is for Kevin to ask local cannabis kingpin Ashley Cowgill (Joe Armstrong) to kidnap Gallagher’s teenage daughter Ann (Charlie Murphy last seen as Tommy’s banger Siobhan on Love/Hate), ransom her for, say, £500,000 and bung Kev 20% for the college fund and Bob’s your uncle. That’ll teach stupid Gallagher.

It kind of does. The very next day stupid Gallagher calls him into his stupid office to say that while he won’t give him a pay rise, he will generously pay his daughters’ school fees. Both Melissa and The Other One will be getting roundly bullied by the Saint Kardashian’s mean girls for the full seven years. Hooray! In even better news Mrs Gallagher has been diagnosed with terminal liver cancer and Nevison wonders if perhaps Kevin could step into the breach while Nevison bucket lists with her? Deputy Managing Director! Responsibility. Recognition. Redemption. “Oh fuck – I just organised your daughter’s kidnap and possible murder!” are the very next words not out of Kevin’s mouth but he quietly says them to himself as his cheeks burn crimson red.

Kev tries to call the operation off but the wheels are quite literally already in motion.  Anne is kidnapped by the new bozo on Cowgill’s crew, fresh out of an eight-year stretch in county jail rapey Tommy Lee Royce and longtime Cowgill associate Lewis Whippey (Adam Long) as she listens to Kate Bush in the car. Before she knows it she’s Suspended In Gaffa. Royce cold cocks her right in the jaw and Lewis assures her she’ll be fine. Tied up alone with a rapist – what could possibly go wrong? “Don’t give me any shit you little bastard or I’ll chop your tits off” says Royce. Yeah, that’s probably more accurate.

Kevin tries to report the crime to Catherine but he’s babbling like a little bitch. He scarpers out of the station but she makes a note of his number plate. Back in the kidnap plot Cowgill phones Nevison for a meeting. He tells him he’s got daddy’s little angel and he’s now asking for £1 million. Trust a career criminal to get greedy. At Plod Central Catherine runs the plates. She has a name. And we have quite an exciting little drama to gee up Tuesday nights.

The verdict: Though pigs can fly they’ll never find us posing as the night.