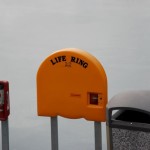 Edge of Heaven ITV episode 1 review | WTF is that Alfie?

by jamdog
ITV You have to wonder about comedy-drama. How often do you see one and think “tell you what, son: that absolutely wouldn’t have worked better as either comedy or drama”? Not very. Edge of Heaven is fucked either way as it’s got no chops for drama or comedy but where it should have been a... Read More

You have to wonder about comedy-drama. How often do you see one and think “tell you what, son: that absolutely wouldn’t have worked better as either comedy or drama”? Not very. Edge of Heaven is fucked either way as it’s got no chops for drama or comedy but where it should have been a shite 30 minute sitcom it’s a holocaust of a 60 minute comedy-drama.  The Mini Pops Lily Allen theme tune from Casey Lim sets us up nausily and places us firmly in the 1980s themed Margate guesthouse Edge Of Heaven ran by Judy Taylor-Chatterjee (Camille Coduri) who puts in one of those Allison Steadman in Life Is Sweet or Brenda Blethyn in Secrets and Lies performances of working-class mums that you know the minute it kicks down your door. They sound and act exactly like the cleaning ladies in Monty Python, are lovably thick and everyone is sweetheart or darling.

So Judy is a lawks-a-lordy salt of the Earth who says things like crème de menthe and don’t we all know it? The focus though is on her chumpish son Alfie (Blake Harrison). When his fiancée Carly (Justine Cain) jilts him at the altar he vows to win her back even though Carly’s better looking best friend Michelle wants Alfie to put his cock in her and Stevie Wonder filling in Lauryn Hill’s tax returns can see where that one is heading.

As for the rest of the family Alfie’s no-nonsense grandmother Nanny Mo lives with her snobby gay son Bald Gary (Adrian Scarborough) and his fuckwitted younger borefriend Camp Gary (Robert Evans). In a triumph for the stock gay character playbook they both love True Blood and Sex and the City. Tandeep (Nitin Kundra) is Alfie’s by-numbers sitcom dad, Ann-Marie, his ex-military sister.

So where do the laughs come from? Think of it as that exhausting Shirley Valentine/Margi Clarke humour. Alfie mentions how classy Carly is, cue: her coming down the aisle to Gaga’s Bad Romance. They do the regular person with a famous person’s name gag (thrice like Saint Peter at open mic night) and drop multiple unfunny double entendres that tank every time. They have exchanges like:

“I’m like those birds who go around together in pairs.” “Lesbians?” “Swans!”

“I was like Sugar Ray” “More like Sugar Lump from what I’ve heard!” Sugar Lump? Really? GTFO of here with that noise.

It’s obvious that this was intended as a sitcom before the writer Camp Gary realised that there were no jokes in it. There’s no universe in which this needed to be made. Blake Harrison’s post-Inbetweeners career is getting the kind of cornholing Gennady Golovkin dished out to Matthew Macklin. This generation’s Nicholas Lyndhurst needs to be handled with greater care. He’s ambling through a comedy shitscape where every road leads to oblivion. Someone needs to step in.