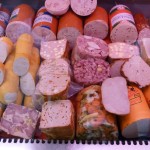 by jamdog
BBC One We rejoin The Crimson Field with a brand-new pain in the balls to contend with. Major Ballard of the Punjabi rifles rides Matron Vinegar Tits pretty hard when he arrives and he’s not content with taking out his inexplicable anger on her. Before the morning’s out he’s destroying tables, knocking over tea urns and scrambling eggs in the... Read More

We rejoin The Crimson Field with a brand-new pain in the balls to contend with. Major Ballard of the Punjabi rifles rides Matron Vinegar Tits pretty hard when he arrives and he’s not content with taking out his inexplicable anger on her. Before the morning’s out he’s destroying tables, knocking over tea urns and scrambling eggs in the mess tent. It really is a mess tent now! ¹

And here’s the thing about Ballard. He’s determined to get back into battle despite having about 10% vision. He’s only got one eye and he’s blind as a fucking bat in that so his soldiering goose is pretty much cooked. “You more than anyone should understand why I needed to go back” he says to a tall potted plant. “I’m over here you blind cunt” says matron and boy is his face red?

A Private Gorman (Jason Maza) wants to shoot Ballard through the face and we can certainly sympathise with that. Unfortunately Matron steps in before he can William Tell the turd. Mister Magoo fucks off home before he murders half his regiment.

The storyline is spectacularly tedious but something interesting we do learn from the whole charade is that Vinegar Tits secretly nurses a craving for Punjabi schlong. The tragedy of the European dick shortage in World War I has long been a forgotten history and The Crimson Field remembers the brave women who went without for hours, days, even weeks without cock. As Milton wrote “They also serve who only stand and wait (to get fucked)”. Turns out the particular Singh schlong Matron had her heart set on is long dead so he can get fucked which is more than we can say for the good Matron. Sucks to be her, man.

That other craven² sausage addict Joan desperately tries to locate her squarehead squeeze through Jaco. Unfortunately for her he gets twatted by bastards who boot him in the balls and fuck up his Goethe anthology. Upon being treated by Craplin he mistakes her for Joan and reveals the secret of the Kraut banger. Tom meanwhile is still giving Craplin the cold shoulder. She slaps him in the mouth in an attempt to get him to fuck her brains out but he’s not having it. What’s a girl got to do to get some ass these days?

In an attempt to raise morale as futile as trying to explain drug awareness to members of the Geldof family that moron Flora organises a shitty volunteer’s concert which gives Joan the perfect opportunity to slip out and visit her Kraut lover Anton (Stephan Luca) who has recently GTFO from a POW train. She is overjoyed at the opportunity to finally, FINALLY sate her frankfurter cravings.

Unfortunately for her Quartermaster Soper witnesses her interracial pashing and if next week’s previews are anything to go by she will suffer death by mau mau for it. It’s been coming for a while.

The verdict: If Bierwurst comes to wurst I’ll get along….