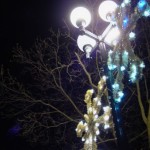 by jamdog
BBC Two Previously on Line of Duty: Aerial Telly was forced into a practically unheard of 180° by a powerful performance from Keeley Hawes. The press are riding the cops hard on the witness protection program. Is it fit for purpose, they ask? Well, depends if by “fit for purpose” you mean “witnesses don’t end... Read More

Previously on Line of Duty: Aerial Telly was forced into a practically unheard of 180° by a powerful performance from Keeley Hawes. The press are riding the cops hard on the witness protection program. Is it fit for purpose, they ask? Well, depends if by “fit for purpose” you mean “witnesses don’t end up as charcoal”. Because if you do then no it isnae. Squealey appears before the beak and a thoroughly disappointing week is rounded off for her when she is denied bail and remanded in custody. The upside is she’s placed in the Vulnerable Persons Unit with the kiddie fiddlers and suicidals. She won’t get much association but she does get her own cell. Food tastes like shit, mind. Although, that could be because the chef has slipped faeces into Squealey’s portion. “DON’T YOU PEOPLE CHECK??” she challenges two stonefaced screws as she pukes her guts up. Easy to focus on the negative, Squealey.

Food tastes like shit, mind. Although, that could be because the chef has slipped faeces into Squealey’s portion.

‘Dot’ Cottan (Craig Parkinson) gets foisted on them from Brighton. The sexy crime squad alumnus now works for anticorruption AC9, essentially a shit AC12. He tells the team that the protected witness was John “Tommy” Hunter an underworld scrote who cooperated with police on the Greek Lane double murder (later discovered to be a terrorist attack). Because the Greek Lane murders didn’t yield any prosecutions the only way for Tommy to stay out of jail was to start blabbing on his underworld colleagues and they figured that to stop that they should stop him. Permanently. By killing him in the head. Dead.

Kate pays a visit to Squealey and is anxious to know why she didn’t reveal Mr Akers phoning her on the night of the ambush. “Hastings makes grease look solvent and Arnott can’t keep it in his pants” Squealey begins. Damn, girl. You just get better. There’s one other thing of course. “You’ve made yourself my ticket out of here”. You know, what with Kate holding back a piece of information that could incriminate herself and her illicit banger. Yeah, that.

So Kate is on the hook and hurriedly preps Akers the night before the inturdview when she and Steve quiz him. Steve manages to keep it in his pants for long enough to find the interview slightly off. Kate later confesses her misdemeanour to Steve and he’s totally cool with keeping quiet about it. These anticorruption officers, man – models of probity.

Confession fever is contagious too with Hastings telling Dryden about the Denton accusations. He’s kept on the case though because he’s just too Irish to sack. Right there with you, brother.

Dryden has problems of his own with the press all over his Chris Huhne style speeding points allegations. So to settle the baying pack he gives his press contact an exclusive: Lindsay Denton’s name. It may put several lives in danger but as long as his wife’s speeding ticket is kept out of the news that’s the main thing.

It may put several lives in danger but as long as his wife’s speeding ticket is kept out of the news that’s the main thing.

Back in Wentworth Squealey gets set upon by two ruffians in the prison gym but the screws save her just in time before they fuck up her hands on the leg press. The screws take her to safety and boy is Squealey relieved? That was close. She’s somewhat less relieved when they pour boiling water over her hands telling her that they know she’s been speaking to AC12 and that she might want to stop perhaps? She hadn’t really thought about it before but now she’s in unbearable agony she’ll certainly give it due consideration.

It gets worse. Kate’s call history is declared nondisclosure for the investigation via public interest immunity so that’s her leverage gone now. Squealey makes a desperate plea to Kate: look at Mike Dryden, that speeding jock fuck. He’s the only person who knew about the operation and who has the power to get her in prison, leak high level information and generally act the cunt. Turns out Squealey was banging him for five years so knows exactly what he’s like.

Kate’s far from convinced but being the good cop she is she does the due diligence. She finds that it was indeed Dryden who pulled regular bozo Barlow off so Squealey would step into the breach. And Steve discovers that Jane Akers’ bank records reveal big old payments totalling £50,000 in the run-up to the ambush. Oh dear. It’s all starting to make a terrible kind of sense.

Steve takes a visit to Wentworth and tells Squealey simply “I believe you”. She gives a round of applause with her bandaged boiled lobster claws “Hooray for you, cocksucker. Could have done with that 24 hours ago when I didn’t have a mouthful of shit and a pair of poached hands. Eat my box you fucking hack. You know who I am? I’m Squealey Nause. I made my bones while you were dating cheerleaders“. Steve is suitably chastened.

In other news they find that Carly broad underneath the moody garage. Without wanting to pre-empt the coroner’s report I don’t think it’s going to be ruled a suicide.

The verdict: Squealey don’t be a hero. Don’t be a fool with your life.