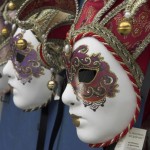 In many ways an extension of the Silence of the Lambs franchise is about as welcome as the faceful of cum FBI agent Clarice Starling receives from Multiple Miggsin Jonathan Dummey‘s 1991 movie. Prequels suck balls with alarming frequency so Bryan Fuller’s look at Hannibal Lecter’s early days is a risk for both network and viewer. In a happy twist it’s one that pays off like the subsequent immediate suicide of Multiple Miggs and everyone is happy. Except Miggs – he’s seen better days. Special Agent Will Graham (Hugh Dancy who, apart from having a name that sounds like one of Bart Simpson’s prank calls, is married to that freak Claire Danes) is our boy and an oddball conflicted boy he is too. Possessed by an unsullied pure empathy he is able to put himself into the minds and motions of sadistic killers as he investigates crime scenes, reliving their actions point of view style in flight of fancy episodes that have hallucinatory strength. It fair takes its toll and he spends much of his time looking like Renton kicking the skag in Trainspotting.

Will is called upon by Special Agent Jack Crawford (Laurence Fishburne) to investigate a series of college girls who wind up impaled on antlers with their organs removed. Within days of getting Will on the case The Feds pool all their resources and come up with a cool name for the killer: “Minnesota Shrike” after the bird that impales its prey and eats its organs. Outstanding work, guys! They don’t actually have the killer yet, but one thing at a time.

“Within days of getting Will on the case The Feds pool all their resources and come up with a cool name for the killer: ‘Minnesota Shrike’ after the bird that impales its prey and eats its organs. Outstanding work, guys!”

Perhaps Doctor Hannibal Lecter (Mads Mikkelsen) could help? He’s a brilliant forensic psychiatrist, a man of wealth and taste, with searing insight into the human condition. We the audience know he’s a killer cannibal but for now he’s keeping that very much on the down low and is happy to “help” Will and Jack with their “police” “work”.