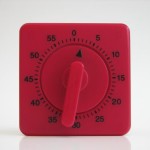 When Katee Sackhoff finally strangled the shit out of the slimeball probation officer from Arkansas I was happier than I have been over a TV death since Charlie drowned in agonising pain on Lost. “Go on Starbuck!” I yelled “Now put your cock in his mouth”. Every year 24 has an stump gnawingly annoying subplot with someone you don’t care about getting grief from someone you can’t hear, doing things that make no sense. This year it’s been Dana Walsh (Starbuck!), blackmailed by her criminal ex borefriend over her true identity (Starbuck! sorry, I mean Jenny Scott, convicted accomplice to carjacking murder carried out by said ex borefriend). If she doesn’t do exactly what he tells her to then he will reveal that she faked her identity to get work at CTU. But how can that be? CTU is some state-of-the-art bleeding-edge tech-savvy citadel, right? Not quite. If you’ve got a celluloid strip and a bag of grapes CTU is about as hard to get into as early lineups of The Fall.

So having made us endure the pisspoor subplot with Starbuck being forced to help scrote borefriend and his scrote accomplice rob an evidence locker, getting current fiancé and CTU field operative Freddie Prinze, Jr. involved, doing the killing to scrote borefriend and his scrotecomplice, dumping the bodies, making up a bunch of shit to cover their behinds, all while a MONUMENTAL NATIONAL EMERGENCY was going down 24 threw us a curveball.

Yeah, I know – 24 throws nothing but curveballs but this one was a particularly treacherous curve. Turns out Dana is the terrorist’s mole. Ok… not only is this idea utterly senseless but it makes all her actions with scrote borefriend utterly senseless. If she’s this badass undercover mole why didn’t she just kill scrote at the first opportunity?

“CTU is some state-of-the-art bleeding-edge tech-savvy citadel, right? Not quite. If you’ve got a celluloid strip and a bag of grapes CTU is about as hard to get into as early lineups of The Fall.”

Still, you’ve got to hand it to Starbuck. Not only was she CTU’s senior data analyst during one of the most dangerous days in human history, she also fitted in aiding and abetting grand larceny, double murder (roping in her clueless fiancé Mr Buffy), a visit to a strip club — all the while having Samir Mehran on speed dial helping him carry out a terrorist spectacular that makes 9/11 look like a Fathers for Justice stunt. This girl is some multitasker.

So no, I’m not really buying that. Elsewhere, Jack is still badass, American President Taylturd is still dull, Durkastani President Slumdog Millionaire is still a twat, his dopey daughter is still hot, Hastings is still incredibly angry all the time and Chloe is still a magnificent beast I love with all my heart. I’ll stay watching 24 until they prize the remote from my cold dead hands but I don’t know that I’d make any outlandish claims for this season. It’s pretty solid 24 with all the intrigue, tricknology, explosions, torture, doublecrosses and fakeouts that that implies.

And it still makes me laugh that people have the nerve to compare Jason Boring to Jack Bauer. That underwritten faceless turd ain’t even on the same level.