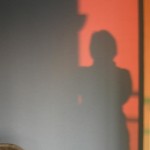 Here’s a riddle for you. Everyone who watches your show loves it. But nobody watches your show: what do you do? If you’re Rob Thomas, creator of the magnificent Veronica Mars you just keep on belting out the home runs, producing show after show of witty, whip smart telly and write circles around every other screenwriter in Hollywood. Having Joss Whedon refer to your show as the “best show ever” is like getting a blessing from the television Pope. And having Kevin Smith call it the best show on television right now is like having some Ayatollah announce a fatwa on all other TV shows to get the Muslims on board. As if that wasn’t enough, you have Aerial Telly fighting your corner which is like having Christ with two glock nines and any motherfucker whispering about mines. Critical acclaim has come freely and deservedly to Veronica Mars but that hasn’t saved other shows that weren’t pulling in the audiences so I live in fear of the plug being yanked on one of the top three shows currently operating.

Still, for now Don’t Call It A Comeback , she’s been here for years. Two years if you want to know, proving herself a worthy inheritor of the Buffyverse legacy. A host of Buffy alumni pop up throughout the show’s run and you can’t ignore that with Veronica starting at the local university there are obvious parallels with Buffy season four – we can but hope we don’t have any of that unpleasant Adam business. Vron appears to be back full-time with Logan who is fucking the living shit out of her (“you should go pro at this” she tells him as the perspiring former Bum Fights director rolls off her after delivering the kind of sanity threatening box bashing that Aerial Telly made his name with back in the day).

“Piz is immediately cuntstruck by Veronica and visibly shrivels when she and Logan kiss.”

She commutes from home to hook up with her ‘best friend forever’ and world’s shortest basketball scholarship Wallace. Wallace’s roomie Piz gets his gear stolen and Wallace knows just the girl to get it back. Piz is immediately cuntstruck by Veronica and visibly shrivels when she and Logan kiss. It bothers me that he may be another Duncan Donuts, but I don’t think anybody could be as dreary as Teddy Dunn. There’s some indication that Logan may be feeling the relationship more deeply than Veronica so expect Piz to be some kind of romantic interest down the line.

“The Mac is back – in therapy working through not quite losing her virginity to a repressed homosexual murderer and chlamydia carrying drug rapist in series two.”

Speaking of Beaver, his idiot brother Dick is on campus dealing with his sibling’s suicide via some kind of masochistic self-destructive psychodrama i.e. acting an even bigger Dick than unusual. Many found this affecting but I’d rather he just quietly slip away. Where Beaver was a complex, disturbed character capable of evoking sympathy Dick is just, well, a dick. But it looks like he’s here for the duration, will likely be the principle suspect for the rapes although for dramatic purposes it obviously will be clear that he NEVER DONE IT.

“An intelligent, engaging, funny show with characters you care about, writing that surprises and delights and an assured mastery of narrative that knows how to feint, fake out and foreshadow.”

It’s wonderful to have Veronica and crew back. From the very start you’re totally immersed in an intelligent, engaging, funny show with characters you care about, writing that surprises and delights and an assured mastery of narrative that knows how to feint, fake out and foreshadow with a lightness of touch missing from so much other drama around at present. Meticulously consistent, it’s one of the few things on television you can – without qualification, ambivalence or condition – love.

The best thing about it: Still Veronica – leads the line like a trooper.

The worst thing about it: Dick. Couldn’t they make him slightly less vile?

Battlestar Galactica Season 3 review
Previous Post
Bo! in the USA review | Indefensible but I quite like it