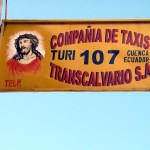 The Driver BBC1 episode one review

by jamdog
BBC1 So just who is The Driver, mysterious star of BBC’s new three-parter? Meet Vince McKee (David Morrissey) taxicab driver and member of the proud Liverpudlian working class which survived a lifelong hate onslaught from Tory scumcunt Cilla Black. He’s just riding along in his automobile, hands correctly at 10 to 2 on the steering... Read More

So just who is The Driver, mysterious star of BBC’s new three-parter? Meet Vince McKee (David Morrissey) taxicab driver and member of the proud Liverpudlian working class which survived a lifelong hate onslaught from Tory scumcunt Cilla Black. He’s just riding along in his automobile, hands correctly at 10 to 2 on the steering wheel. The police pull him over – I wonder what that might be about? Maybe he touched 50 in a 40 zone, slipped into the bus lane or has an indicator on the blink. Vince apparently isn’t keen to find out because the moment the coppers step out of the car he slams on the accelerator and GTFO like Grand Theft Auto. Car chase! Like all taxicab operators Vince is an excellent driver. Effortlessly weaving through gnarly traffic, pulling off handbrake turns and inch perfect reverses he shakes his tail like he’s been doing it his whole life. The adrenaline causes him to shake like Judy Finnigan after 48 hours’ withdrawal. It’s a shame because they only stopped to ask him the time. Stupid Vince.

But let’s take it back to before all that. Vince isn’t happy in his work and who would be? Cab driving is a shitty gig at the best of times. Pukey regulars, know-it-all bougies and emptying punter’s piss sacks all conspire to send Vince to a town called Job Dissatisfaction and it’s looking like a permanent stay. His distant wife Ros (Claudie Blakley) isn’t a great help. She’s a marathon running market research fuck. Then one day he gets a call. This is our inciting incident! Or should I say EXCITING incident? ¹

It’s his old scrote friend Col (Ian Hart) looking him up. Just out of chokey on a 6 year bid for armed robbery Col listens to Vince whine like a little bitch about his shitty life and nearly hangs himself with the tedium. Hoping to stave off a repeat performance Col hooks Vince up with local villain The Horse (Colm Meaney) – the Thoroughbred of Sin.   “It’s just driving” explains Bad Horse “Except sometimes you might have to drive a bit faster”.

That sounds good to Vince and like THAT he’s a member of the criminal underworld. A pickup here, a drop of there, cocking a deaf ‘un as a matter of course – it’s the challenging and varied employment he’s been craving for some time. The pay’s good too – good enough to get his nausey daughter driving lessons. Things are pretty sweet for Vince.

Just one thing. He may be driving someone to their inevitable torture and murder at the behest of Bad Horse.

The verdict: Looks alright this.