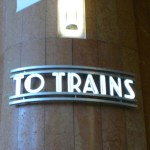 by jamdog
ITV The exciting news this week’s Downton Abbey is it looks as if Hot Rose may be getting over her obsession with Black Jack. She makes eyes at Atticus Aldridge a Jew banker she meets at the bakery in York. “I love cock!” she tells him ” I love cake too!” he mishears. She takes... Read More

The exciting news this week’s Downton Abbey is it looks as if Hot Rose may be getting over her obsession with Black Jack. She makes eyes at Atticus Aldridge a Jew banker she meets at the bakery in York. “I love cock!” she tells him ” I love cake too!” he mishears. She takes him to be racially abused by the refugee Russians she keeps in the basement which, as first dates go, is towards the outré. He takes it well enough though and it looks very much as if she might soon be extending her schlong palette to circumcised cock which would count as a huge victory for the chosen people in what seems certain to be a big decade for them.

Also on the make is Lord Withnail who visits Clownton once again to appreciate Cora‘s art. Fat Bob‘s away in Sheffield and you know what they say. While Fat Bob’s away the pubic lice will play. Withnail makes the fatal mistake of trying to Uncle Monty her in her bedroom and when Fat Bob arrives home early to catch him at it Withnail feels the full weight of a pudgy out-of-condition aristo smackdown right on his coffin shaped head. Fat Bob gets the hump with Cora and you can understand why. She was stringing that creep along like a bastard.

Withnail feels the full weight of a pudgy out of condition aristo smackdown right on his coffin shaped head.

The path of true love rarely runs smoothly. Perhaps that’s why Violet is still trying to set up Isobel with some soft geriatric dick to tempt her away from Lord Merton. “Cuntpanionship” she tells her “That’s what cunts at our age”.
“What you mean ‘our age’ you batshit old sow?” asks Isobel “I’ve got a good couple of decades on you”.
The lack of sex is getting to Mrs Crawley and she’s being a proper bitch. In any event she and Merton are getting along just swell despite the Dowager Cuntess’s best efforts.

Downstairs in the slave quarters Thick Daisy is now a revolutionary having been brainwashed by Clownton’s Hanoi Jane Red Sarah. Infecting Daisy with socialism is her last significant act as after being friendzoned by Branston Pickle she pisses off to Preston. A lot of fucking that she was.

In the ongoing Rapey Green murder enquiry po-po come knocking at Anna‘s door to see why she’s been sniffing around the murder scene. Unlike her husbland she’s not a born liar and ruthless killer so she looks a proper fucking mess while lying through her tits. Gay Tom notices something is amiss but he’s so fucked up with heroin Aids he can do the square root of fuck all about it. What a cataclysm he is.

Down in Londung Charles Bloke organises a sitdown with Mabel Lame Fucks and Monster Mash Mary. Devising a strategy that will land Mary’s sloppy seconds Pony Gillingham back in the lap of Miss Lame Fucks is his mission although it doesn’t work out so well as for some reason Mabel finds this massively insulting suggestion insulting. Mary wrecks lives even when she isn’t trying to and she certainly knows how to fill a gown. Barely.

The verdict: Monty this seems strange to me.