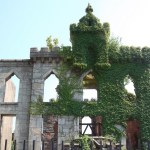 It’s a tough break for Gay Tom whose chances of getting dick in Downton diminish by the hour. To cheer himself up he runs a cockblock on Baxter and Molesley by giving Molesley the full lowdown on her being a thieving piece of shit. Why won’t you let people be happy Gay Tom? Molesley is sad when he discovers the truth. She says she’s changed but until she gives him the full and incredibly tedious story of why she stole he simply won’t be able to knock the back out of her as she clearly would like. Jesus. Is anybody getting laid around here?

Oh yeah. Mary. A woman so addicted to cock she fucked both the Turk and her cousin husbland to death she arranges premarital sex with Pony Gillingham in Liverpool of all places. No one can ever know of course so she sends Anna into town to buy a bumper pack of johnnies. “48 should do the trick” says Mary “We’re only staying for the weekend”. She is such a dirty bitch.

Mary. A woman so addicted to cock she fucked both the Turk and her cousin husbland to death

Down in the kitchen Thick Daisy is still trying to learn how to count without taking her socks off and Mrs Patmore is on hand with a suggestion. “Try Branson Pickle the Mick’s uppity schoolteacher bint – she’s used to dealing with spud chewing savages”. The plan works a treat. After intense tutelage from Sarah Daisy reaches an accuracy of 30% on her 5 times table. This is a girl going places (the scullery then upstairs to empty the chamberpots).

But don’t imagine that the nobs have it any easier. An increasingly embattled Robert has to deal with visiting art historian Lord Withnail (Richard E Grant) demanding to see the “finest paintings available to humanity”. Even worse Robert convinces himself he has to compete for the affections of Isis the dog despite some quite large clues that Withnail wants to put his cock in Cora rather than the mutt. The prospect of Branson Pickle taking his granddaughter to America isn’t appealing either. Robert’s not quite got over the Russian Revolution yet so it’s strangely reassuring when he allows a wireless in the house to hear the cunty patrician bleart of King George V at the British Empire Exhibition. Who’d be a spectacularly rich nobleman in turbulent times,  eh?

And pity poor Edith mooning over her kid again. She proposes some kind of weird godmother role in Marigold’s upbringing. Mrs Drewe is getting increasingly creeped out by this and who could blame her? Just what you need when you’re trying to raise a family – the local aristo’s fuck-up daughter twatting around like the world’s shittest Mary Poppins tribute act. Fucking Edith.

Yeah and apparently the police have a witness in the mysterious death of Rapey Mister Green. Looks like Bates will have someone new to kill – at least that should be fun.

The verdict: The radio is in the hands of such a lot of fools/Tryin’ to anaesthetise the way that you feel