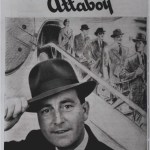 by jamdog
ITV After Edith‘s dramatic GTFO Rosamund and Violet decide that it would be a good time to introduce Cora to her secret grandchild. Mrs Drewe beats them to it however and Cora is sorer than Gomorrah in the Torah. All very well her running her mouth but what were they supposed to do? The only... Read More

After Edith‘s dramatic GTFO Rosamund and Violet decide that it would be a good time to introduce Cora to her secret grandchild. Mrs Drewe beats them to it however and Cora is sorer than Gomorrah in the Torah. All very well her running her mouth but what were they supposed to do? The only thing you can do when you’ve got a train wreck like Edith in your family is hold on to your hat, grab your left tit and hope for the best. Stupid Cora.

Using the power of Jew knowledge from the dude Hot Rose is banging they brilliantly track Edith down to where she works. Rosamund still favours the white slave trade for Marigold but instead they settle on some kind of faux fostering plan even less plausible than the whole Auntie Edith who only seems to give a fuck about one kid charade. Carson is raising so many eyebrows he looks like he’s had a stroke, the weird square headed gonk.

Mary gives no fuck of course. She’s still mired deep in the world shittest love quadrangle with Blake, Gillingham and Babel Lame-Fucks. It’s all resolved in an instant though when Blake fake makeouts with Mary for Gillingham’s benefit. In the great tradition of Clownton resolutions he goes from “I will never give up on that woman” to “Mary who?” during the advertising break.

Back at the Abbey there’s some disgusting Jew talk over dinner punctuated by Isobel announcing her engagement to Merton. Longtime viewers will remember Merton’s son who tried to put his cock in Dead Sybil and then got pissy at dinner. The engagement offers the opportunity to recycle that storyline and sure enough he comes and gets pissy at dinner. He hates Jews in the fashion of the time and the middle classes and Isobel too. Fat Rob can sympathise with all of the above but he has to do his lordly duty and show him the door.

It’s a shitty week all round for Rob as that stupid bitch of a dog is paying the price for having the same name as a modern day terrorist state. She’s cancered up to the gills and is as fucked as a girlfriend of Oscar Pistorius who has just said “Hey stumpy – is it true that you once went 20 races without defeet?”

Poor Fat Rob. 99 problems and a bitch is one. RIP Isis.

Oh also: Rose and The Jew are getting married. Fucking hell Rose. Hooking up with a black American in the 1920s and a Jew in the 1930s. This broad is a fucking jinx.

The verdict: If dogs have a heaven there’s one thing I know. Old Isis has a wonderful home.